Quality, independence and transparency are main motives to get a reader to pay for news, study says

Good news for new digital media as well as traditional outlets in Latin America: readers in the region are more willing to pay for news than their peers in the UK and Germany, and aren’t far behind those in the United States. This is according to the study “Reading and Paying for Digital News: Opportunities and Challenges of the Subscription Model in Latin America.” 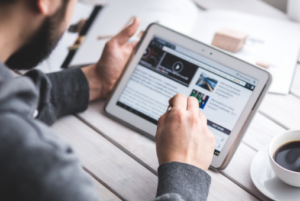 Research with readers from Latin American countries indicates that the decision to pay for news is associated with the independence and transparency of the news outlet and suggests that digital media should better communicate these values to their potential audience.

The researchers heard from 8,570 people through an online questionnaire and conducted 89 in-depth interviews with readers and experts in four countries: Argentina, Brazil, Colombia and Mexico. Among the participants, 13 percent subscribe to some journalistic service. For comparison, a similar study found rates of 8 percent in the United Kingdom, 10 percent in Germany and 20 percent in the United States, markets that are better established than those in Latin America.

“With an abundance of accessible and free information...Being free-of-charge is viewed as an implicit benefit of digital content, and has come to be seen as a right,” the study says. For that reason, the study suggests that the decision to pay is directly associated with a clear value proposition, which can be through the depth, specificity or exclusivity of the subjects.

But the content alone is not enough: the media outlet must show that there is transparency in terms of funding and independence from the powerful. This is one of the study’s main recommendations.

The investigation was funded by Luminate as an offshoot of the work of the news accelerator, Velocidad, an ICFJ and SembraMedia program, also financed by Luminate, to support independent media organizations through funding and consultancy.

“The issue of transparency is very important, because as we see, for many people, the complexity of finding media that are independent of the powers of the day, leads us to consider that all media are biased, and therefore cannot be trusted,” Gabriela Hadid, investment director of Luminate Group, said during a SembraMedia webinar. “So everything that the media can do to strengthen transparency, both in their funding sources and in content coverage, will be important to start changing this.”

The study identified that readers believe there has been a decrease in the reliability of available information. “It’s a lot easier to access information yet not all information is true or factual. For instance, fake news is a current concern,” one of the respondents said.

In this context, one of the main challenges that digital media face, according to the study, is credibility, as they inherited the same problems as traditional media. “This is further exacerbated by the proliferation of diverse sources of information, which demand greater rigor and professional ethics,” according to the publication.

On the other hand, the good news is that in this environment, readers who identify a new source of information that proves to be correct and accurate tend to be loyal, which is one of the first steps towards the decision to pay for access. “Perhaps it’s information that looks reliable and little by little I get closer to the source of that information, some look terribly fake,” a respondent said.

For loyalty to occur, quality journalism is essential, but not enough. It is necessary to work on building the brand to develop the outlet’s credibility. However, this is a slow process and requires investment, but the resources for this are often not available.

According to Iastrebner, one of the items cited in qualitative research is that when there is a known name on the team, the value of the media outlet rises a lot, together with confidence in the content:

“Independent digital media, which are doing super innovative and necessary journalism for communities, who know their communities, need, from our perspective, to work much more in positioning their brand and in explaining the value of their product to the audience so that they become relevant and, therefore, they can get support from consumption or from payment by the audience,” she said.