Much of a freelance journalist's life revolves around identifying outlets receptive to his or her story suggestions, which is not so simple because it often entails taking shots in the dark.

On the other hand, native digital outlets, in general, have small teams. According to SembraMedia, 74 percent have up to five people on the team. And creating diverse and original story ideas comes up against the teams' own staffing limitations.

Offering reporting scholarships, through open and public calls, is a way for these outlets to expand the diversity of voices, and a democratic opportunity for freelance journalists.

“With the microbolsas (mini scholarships), we ended up meeting reporters from the most different corners of Brazil. Working with reporters with whom we never work, who have different stories and experiences, is always a great learning experience,” Marina Dias, communications coordinator for Agência Pública, told LatAm Journalism Review (LJR). 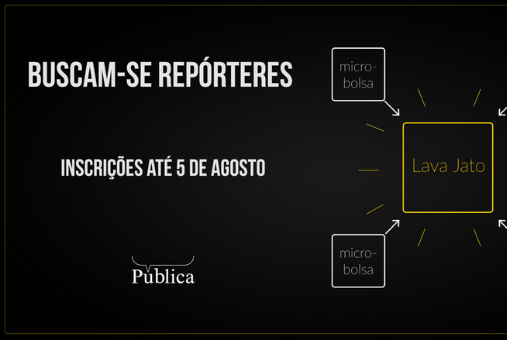 In one edition, readers voted for the stories they would like to see published, based on a list drawn up by the editors. On that occasion, the resources came from a successful crowdfunding campaign.

However, in the case of Pública, most scholarships are offered in partnership with other institutions, such as Greenpeace, Oxfam Brasil and the Center for Security and Citizenship Studies. Along with the support, these institutions usually propose the subjects to be covered, such as, in these cases, energy, hunger and drugs.

“We are looking for original and relevant pitches, with good pre-reporting. We also assessed the feasibility and safety of the story ideas and the journalistic methods the reporter intends to use,” Dias said. “It is always a difficult task to choose the winning pitches and great reporters with good story ideas end up being left out. In some cases, we look for reporters to produce the proposed story idea [outside the scheme of the scholarship] or to do other reports for A Pública.”

The excess of good pitches was an issue faced in the first edition of reporting scholarships from Projeto #Colabora, a Brazilian website that covers topics related to the Sustainable Development Goals. In 2019, the Bolsa #Colabora de Reportagem received 125 pitches from Brazil and Colombia, to choose the four winners who received R $5,000 (USD $928) for each project. 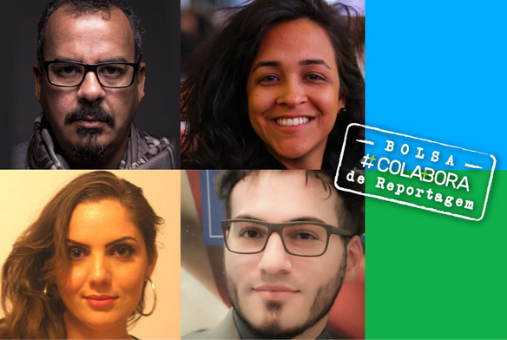 According to Vieira, the site plans a new contest for the first half of 2021 and seeks an institutional partner to help finance the work and improve the amount paid to reporters - along the lines of what Pública does. “But, even if that doesn't happen, we will launch. The result is very good. Worth the effort,” he said.

The pay versus costs dilemma

Reporting scholarships are usually also a good deal for those who receive them, but some care is needed to ensure a fair pay at the end of the job. This is because in most cases, such as those of Pública and #Colabora, the amount must also cover production costs, such as travel, photography and illustration, etc.

"I think it is a good opportunity (scholarships) for you to be well paid, but it can also be a big failure if you plan a big story, which does not fit the budget and you will take it out of your pocket," journalist Joana Suarez told LJR.

Suarez has been working exclusively as a freelancer in Brazil for almost three years and has received two reporting scholarship from open competitions: one from #Colabora and one from the feminist magazine AzMina. In both cases, the scholarships already include costs, which are the responsibility of the reporter.

To deal with this, Suarez usually makes a detailed budget for the project, including, she points out, a forecast for excess costs with unforeseen circumstances. “For example, if you schedule a trip and the car breaks down, you will need to pay for the repair. It always happens unexpectedly and we have to have this money set aside for logistics so as not to see a loss.”

This is one of the reasons why the Mexican outlet Quinto Elemento Lab takes a different approach. The investigative journalism site also opens public calls for reports, but without specifying a fixed amount for the story. There is, however, a spending ceiling, which in the most recent contest was 85,000 Mexican pesos (US $4,241.65).

“We know those investigations can require a lot, little or the normal amount, depending on the complexity, the time it takes, whether just the team of journalists is needed, or whether other disciplines will come into play,” Alejandra Xanic, director of Quinto Elemento Lab, told LJR.

The winning pitch for the first edition of the Quinto Elemento Lab Contest took eight months to complete: an investigation that showed how a private philanthropic organization in Mexico raised millions in public money, and would not even exist if it were not for the government. 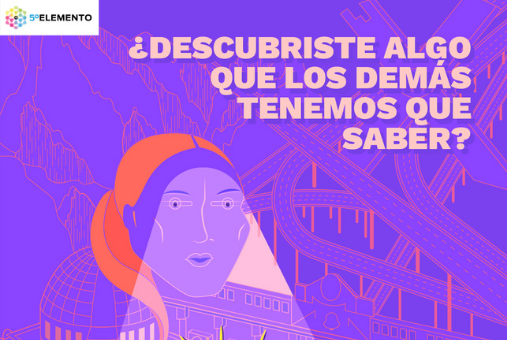 “That allows us to have some flexibility and to be able to support investigations that require more investment, I do not know if it is a programmer, a graphic designer, or whether other types of things or investigations are needed, which have a shorter cycle,” Xanic emphasized. “We are trying hard for the fees to be fair, attractive and good, of course, the challenge is how to achieve sufficient pay when the investigations are long, but that is the scheme.”

In addition to the journalistic media outlets themselves, there are reporting scholarships offered by other organizations, as well. In Latin America, the main one is the Gabo Foundation, from Colombia. Since 2006, the foundation, through partnerships, has distributed scholarships for thematic reporting of cultural journalism, solutions journalism and coverage of topics related to drugs, mental health, migration and inequality. According to Gabo Foundation communications director, Karen de la Hoz, the funds are earmarked for high-impact journalistic projects.

“We know that they cannot always get those resources in the media outlets in which they work or collaborate. We also understand that a new generation of journalists belonging to digital native media finds in these scholarships and incentives a way to finance the collaborative and public service journalism for which they work” la Hoz told LJR.

In 2020 alone, the Gabo Foundation is delivering 59 journalistic production scholarships totaling approximately COP 575 million (US $158,908), an average of COP 9.7 million (US $2,693) per scholarship. “All of these opportunities can be found on our Contests page. We have an open call almost every day of the year,” she added.

In Brazil, the Education Journalists Association (Jeduca) offers scholarships for the production of reports on the subject and is currently in its second edition. Entries can be made by freelancers as well as by journalists working at a specific media outlet, as long as there is a commitment to publish the material. The amount, of R $8,000 reais (US $1,488), covers variable production costs.

According to Camilla Salmazi, executive coordinator of Jeduca, the scholarship can be used in different ways, such as: ensuring that the professional dedicates herself exclusively to reporting or hiring more professionals, such as designers, photographers, or data programmers. Jeduca also covers additional expenses for the reporting of the story, such as travel, of up to another R $2,000 (US $372).

“In this second edition, again, we received a high number of pitches, there were 50 entries, from 14 states in Brazil. We were able to see the interest in carrying out good education stories, but which could often be shelved for lack of resources or time to carry them out,” Salmazi said. "Scholarships like this can make it possible to carry out these great reports."

* Exchange rates as of the date of publication.