Two journalists were killed while under state protection in Mexico in 2020. What does this reveal about the effectiveness of these security measures?

Two journalists under state protection were murdered in Mexico in 2020. They were beneficiaries of the Mechanism for the Protection of Human Rights Defenders and Journalists, linked to the Mexican government. After the deaths, NGOs asked for the reinforcement and review of protective measures. The LatAm Journalism Review spoke with representatives of these organizations to find out what the deaths reveal about the effectiveness and performance of the Mechanism, which was created in 2012.

The most recent death occurred in the early morning of Aug. 2. Journalist Pablo Morrugares, director of digital outlet PM Noticias, was killed along with a state-appointed police officer who was escorting him in Iguala, in the state of Guerrero, Mexico. He had been under the Mechanism’s protection since 2015. 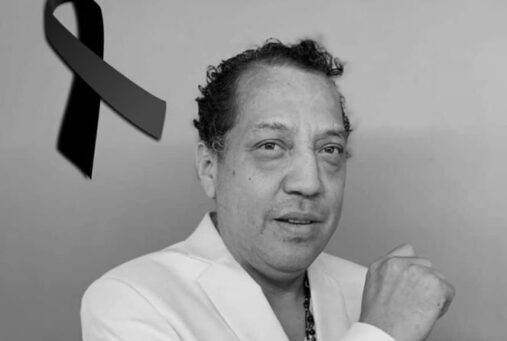 Before him, Jorge Miguel Armenta Ávalos, director of the outlet Medios Obson, was killed on May 16 in an armed attack in Ciudad Obregón, in the state of Sonora. He had received protection under the Mechanism since 2016 – one of the police officers who protected him died in the attack and another was seriously injured.

Morrugares's is a particularly complex case, according to experts. The Mechanism relocated the journalist for years in other cities as part of a protective measure after constant threats and an assassination attempt in 2016, from which he emerged unscathed. However, according to the Mechanism, the journalist decided to return to Iguala.

“Despite the small viability of his return to his place of origin, due to the context of violence in the region, the beneficiary clearly expressed his request to this Mechanism, in which case, considering that safety measures cannot be implemented without the consent of the beneficiary, various protection measures were put into place upon his return, including the security escort service provided by the Government of the State of Guerrero,” the Mechanism said via email to LJR. The institution said that both journalists “had strong safety plans and their unfortunate assassinations took place in areas of generalized violence.”

According to the representative in Mexico for the NGO Reporters Without Borders (RSF, for its acronym in French), Balbina Flores, most of the journalists who are moved to other places and decide to return do so for work reasons. "It appears that Morrugares returned to Iguala in January this year, precisely for work reasons, because he had his outlet there, his way of living," she told LJR.

For Flores, this death means that the Mechanism needs to "do a thorough review" of its protection measures and risk analysis, especially before a journalist returns to an environment where they would face a lot of violence, as is the case with Guerrero.

She believes that, in cases such as this one, the Mechanism should do prevention and awareness work for journalists. “Even though his reasons for returning are understandable, in places like Guerrero and conditions with high risk, I think that is when the Mechanism must do a finer task of convincing and giving [sustainable relocation] conditions so that these journalists do not have to return to these regions. In some cases we have been able to get this, [but] not in others,” Flores explained. 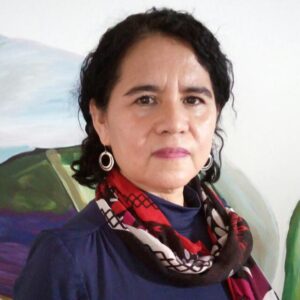 Sebastián Salamanca, Article 19’s Protection and Defense Program Official for Mexico and Central America, believes that the protection measures the journalist was counting on did not correspond to the risk he was under. Salamanca points to structural problems that hinder the Mechanism’s work in Mexico, such as the lack of coordination with state security forces and with judicial institutions.

“In those circumstances, it is unfortunate, but not surprising that a journalist who has protective measures from the State would lose his life, because effectively the Mechanism is not fulfilling its function. This is what the events of Aug. 2 are basically telling us,” he said.

He stated that progress has been made, albeit slow, in the Mechanism's response time to requests for protection - an old criticism of the institution. One of the problems, according to Salamanca, is that the reaction time in each case varies and, many times, it does not seem to obey an equitable parameter. In more serious situations, the Mechanism's response tends to be immediate, he explained.

"However, in cases where the Mechanism assesses that the aggression that occurred is not as serious (for example death threats via social media) and if they are not very well-known journalists, it may take two days to contact the person and that does not allow for the prevention of more serious aggressions," Salamanca wrote. He added journalists have reported never receiving a response to their requests for protection.

Salamanca emphasized that, in order to improve this situation, the government should follow the 104 recommendations to strengthen the Mechanism made in August 2019 by the United Nations High Commissioner for Human Rights' office in Mexico. “To this day, the Mexican government has not made progress in implementing these recommendations... which the Mexican press needs so urgently," he said. 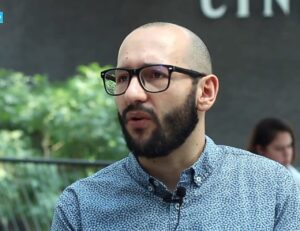 Flores, from RSF, also reinforced that the Mechanism has "a series of limitations," including a lack of human resources, which would be essential to better monitor all the cases. She said, however, that this does not mean that the Mechanism does not fulfill its role. "Even though some journalists have been murdered, there are over a thousand people under protection. This indicates that the Mechanism is working, but that it has a number of deficiencies that it needs to review," she said.

As of June 2020, 1,258 people were under protection, with 396 journalists and 862 human rights defenders. The team that takes care of all these cases is made up of 42 people.

The representative of the Committee to Protect Journalists (CPJ) in Mexico, Jan-Albert Hootsen, agreed that the Mechanism is not sufficiently fulfilling its role, but argued that this is not "for a lack of will."

"The Mechanism is only as strong as the federal government permits it to be. And the Mexican government is not sufficiently committed to protecting journalists, which is reflected in the underperformance of institutions like the Mechanism," he told LJR.

Despite this, Hootsen said that it is not productive to blame the Mechanism for cases like Morrugares and Ávalos, because that would not "tell the whole story." "There are many nuances here. The Mechanism only works within a well-designed structure that focuses on protection, care for the victims, search for the truth and access to judicial systems," Hootsen said. 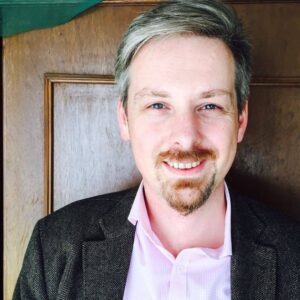 In response to LJR's questions, the Mechanism stated that it is in a stage of institutional strengthening. "There is a significant increase in personnel and 2019 and 2020 are the years with the most economic resources given," the institution said.

Likewise, the institution stated that violence against journalists "is on the government's agenda as an issue of priority and urgent attention." In addition, it added that, since 2018, there has been a considerable increase in cases.

"In the year 2019, the largest number of cases incorporated into the Mechanism was recorded in its entire history, since there were 184 incorporations, that is, 74 cases more than in 2018, which is equivalent to more than 50%," it said.

According to the Mechanism, this growth is related to "greater confidence in the institutions of the new government, greater visibility of the Mechanism through various sources of dissemination, its approach to civil society organizations," among other reasons. It also lists a series of strengthening measures, such as ensuring "immediate attention to all requests for intervention," in addition to preventive actions. Finally, it mentioned that the Mechanism is complying with the 104 UN recommendations.

Experts may vary in their assessments of the Mechanism's performance, but everyone agrees that the institution alone is not enough to prevent the killings. The Mechanism is, according to them, a reactive institution, which deals with the consequences of violence, but does not attack the root of the problem: impunity. The preventive function would, to a large extent, be a responsibility of the Judiciary, experts said.

According to RSF, the impunity rate for crimes of violence against journalists in Mexico is over 90 percent. For Hootsen, no Mexican federal administration has really devoted itself to creating public policies to deal with this problem and, thus, progress is almost nil.

"It is a very complex issue that has to do with the police departments, training and financing of the different institutions that are dedicated to the access of judicial systems," Hootsen said.

Flores, from RSF, explained that protection measures are a means, not an end, and that the fundamental problems related to justice and security remain. She mentioned, for example, the attack that Morrugares suffered in 2016. "Obviously these events were never investigated, nothing was ever concluded. We already have a problem at that point,” she said.

In Guerrero, the situation had worsened. According to Article 19, there was a 66 percent increase in attacks on the press in that state in 2019, compared to the previous year.

According to Salamanca, Guerrero is currently experiencing a very violent dispute between various groups of organized crime and drug trafficking, who want to seize political and economic power in the region. In this context, the local press is extremely vulnerable, because it needs to report on these crimes and, precisely because of that, it starts to suffer all kinds of pressure from these groups to publish or stop publishing things.

Therefore, the case of Morrugares is not isolated, Salamanca said, who classifies Iguala as "a real hell for journalism.” "I would believe that the vast majority of journalists in Iguala are, at this moment, suffering some kind of threat from some kind of armed group," he said. 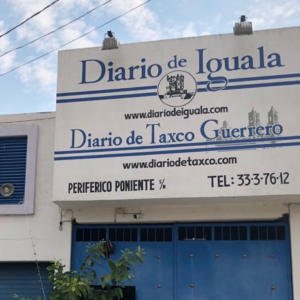 A few days after the murder of Morrugares, on Aug. 4, the entrance of the Diario de Iguala newsroom was shot in an armed attack. The Mechanism said it has put measures in place, in coordination with the state government of Guerrero, to strengthen the security of journalists in the region, including professionals from the newspaper that was attacked.

According to Hootsen, an aggravating factor is that Iguala has less than 200,000 inhabitants and, therefore, it is easy to locate journalists and their outlets. "There is a vicious cycle of violence that is basically out of control," he said.

A common measure taken to protect journalists in this type of region is relocation, which is when the Mechanism takes the professional to another city or state. For Hootsen, cases like Morrugares' show that it is necessary to invest in a life plan for the journalist while they are in refuge. Especially for reporters from local newspapers, it becomes very difficult to maintain coverage without being able to do fieldwork. Without income or prospectives for the future, many journalists tend to return, despite the risk.

For this reason, Salamanca argues that displacement should be the last option, because it creates trauma and often makes the journalist's work unfeasible. According to him, this measure has been used in Mexico excessively, as if it were an easy solution. "The government is thinking too much about displacing people and little about seeking what protective measures they can implement so that people can continue doing their work without being killed."