‘You know you owe those people a great deal. Above all, to write the story as faithfully as you can’: Daniel Alarcón, 2022 Maria Moors Cabot Award

The more than 300 stories narrated on Radio Ambulante in a little more than a decade have undoubtedly united listeners from all over Latin America and the United States. Some memorable podcast episode examples are: the Brazilian soccer legend who never played a game, the violence against Mexican journalists illustrated by the case of Anabel Hernández, the seizure of the Palace of Justice in Colombia in 1985 by a guerrilla group and the tragedy caused by the adaptation of "The War of the Worlds" broadcast by Radio Quito in 1949.

It was only a matter of time, then, before Daniel Alarcón — co-founder and executive producer of Radio Ambulante — received the Maria Moors Cabot Award, an award given by the School of Journalism at Columbia University in New York that recognizes the journalistic career of those who "foster inter-American understanding."

“[Daniel Alarcón] has spent his career telling the stories of the Americas in English and Spanish, in print and audio, in fiction and nonfiction,” the Moors Cabot jury pointed out. It highlighted his work for The New Yorker covering Latin America, on Radio Ambulante and his books. “For all of these innovations in storytelling, and the fostering of a broad community of listeners we are proud to award Daniel Alarcón with a Maria Moors Cabot Prize.” 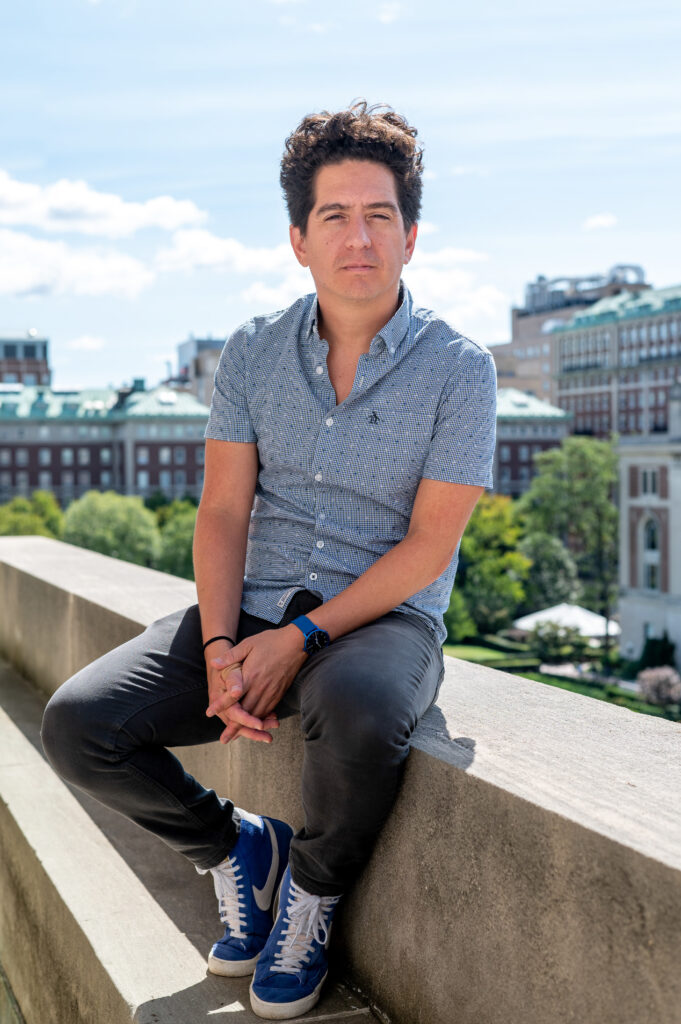 “It is a particularly pleasing award because for me the Cabot Prize is a very Latin American award — I know it is awarded in New York, at Columbia University, etc. But unlike other awards, it has a very Latin American personality and identity. And [for me], being Peruvian but having grown up in the United States, I am always excited by this type of recognition,” the journalist said in an interview with LatAm Journalism Review (LJR) about this award, which will be presented on Oct. 11.

And it seems that, just like the award, Alarcón's life is divided between these two worlds, between English and Spanish, in search of his Latin American roots that for a child born in Lima (Peru) and raised in Birmingham, Alabama, did not seem to make much sense until he arrived in New York.

It was there — in “the city of my dreams,” as Alarcón says — and with that innate curiosity that characterizes him and that he captures so well in his stories, he discovered that Spanish was much more than just a way to talk to his parents: “It helped me to get to know the whole world and to get to know this city better.”

“When I arrived in New York, my cultural and linguistic baggage, which had been hidden, became immediately extremely relevant there," he said. "Because in New York people spoke to me in Spanish right off the bat, without asking whether I spoke Spanish or not. So that became super interesting.”

On a daily basis — while playing soccer or on the subway and then in college —, he discovered Latin America, both the one from the continent and the one living in the U.S. He realized there was a need for stories, and he felt the need to tell them in his other language.

So in 2011, together with his wife Carolina Guerrero, he founded Radio Ambulante, in part to reactivate his Latin roots, but also to innovate using a resource then little known in the region. At the same time, he was responding to a journalistic need within the Latinx community.

“We also felt that in Latin America we were eager to hear stories from the region — because local news is overwhelming at times — but that people were not satisfied with just hearing the ins and outs of the political life of each of our countries, which is also overwhelming news," Alarcón said.

Narrating Latin American stories through a podcast also helped bring back to life the "Latin American chronicle boom" of 15 years ago. This boom was at its best in long-running magazines such as Etiqueta Negra, but, given the media crisis, some of them had shut down. "There was a lot of talent in Latin American newsrooms."

But, for Alarcón, Radio Ambulante was specially the chance to work in Spanish.

"For me, writing in Spanish was something I had always wanted to do, but I felt that I didn't have a handle on the academic or literary language, like I do in English. So writing for audio was perfect for me, because it was a language register with which I was familiar. It's the oral register, it's telling a story to a friend," Alarcón said. "And radio has this very attractive thing which is that one runs away from formal language, one runs away from the Baroque or Rococo language that is sometimes used in Latin American literature. Quite the opposite, one looks exactly for that everydayness, that kindness, that accessibility that one has when one is with friends in a bar telling a story. All of that seemed extremely attractive to me.”

And it has paid off. Alarcón, Radio Ambulante and his entire team have received several awards, including those from the Gabo Foundation, the Roche Health Award and several Simón Bolívar National Awards. Alarcón was also recognized with a MacArthur Genius Award in 2021, an award that surprised him. "I thought that my work in Radio Ambulante, because it is in Spanish, was invisible for awards such as this. I can't explain the pride I feel, as a writer and journalist, but also as an immigrant and Latino," he said at the time.

The truth is that Radio Ambulante is a success story, inspiring other generations of journalists, but especially connecting a region as diverse as it is unique.

"The importance of Radio Ambulante comes from its regional vision, from its cosmopolitan vision. From the fact that we always respect our audience enough to believe that they are intelligent and curious like us," he said. "That is, our audience is people like us who, while they don't know everything, are interested in everything. They may be interested in countries they have never visited, people they will never meet and are always looking to connect issues from one country to another or to understand the humanity of people who live in places far away from them."

For Alarcón, journalism became a way to "work in narrative, but to escape from the novel." Although he has written two novels that have been finalists for National Book Awards and the PEN-Faulkner Prize, he believes the novel-writing process to be "one of the hardest things" he’s ever done.

Traveling as a reporter, talking to people and capturing those stories allowed him to unite his passion for storytelling and explore different formats. He has come across thousands of stories, but without a doubt, one of the ones that made the deepest impression on him was about how the COVID pandemic unfolded in Guayaquil, Ecuador, recently published in The New Yorker.

"It was extremely hard for me. It seemed to me that the city suffered an almost infinite sadness," he said. "And I think the most difficult thing was, as I came to understand the story and what had happened in Guayaquil, I had an idea for the narrative structure I needed to tell that story and tell it well. For that I needed to talk to a lot of people who had suffered something quite terrible, knowing that I was only going to be able to use one story as the protagonist."

For Alarcón, this necessary work in journalism, which sometimes seems like a "casting," affected him to such an extent that he had nightmares. But he faced it with the utmost ethics and respect to portray the story in the best possible way.

"Having to ask a lot of people to tell me about the worst day of their life knowing that I wasn't going to be able to use their stories... that's when you realize how ethically complex this job is and you know you owe those people a great deal. Above all, to write the story as faithfully as you can," he said.

When asked for advice for younger journalists, Alarcón said that the first thing is “to be yourself. Never pretend to be something you are not.” To this he adds, be curious, be present in every way — look someone in the eye, pay attention to what is being told — and be "emotionally honest." And in the case of narrative journalism, "assume that memory is your first editor." Alarcón points out that it is important to pay attention to the things you tell other people after an interview or a reporting trip.

Daniel doesn't sit still. In addition to Radio Ambulante, The New Yorker and teaching at Columbia University, he took up the Radio Ambulante live shows again after the pandemic. The recording of the podcast episodes, with the support of NPR (U.S. public radio) now in alliance with the Hay Festival, will reach several cities in Latin America, such as Colombia, Mexico and Peru.

He is also planning new audio storytelling projects, which is one of his passions. However, he does not want to share many details yet until they become a reality.

However, one thing he is clear about is that he wants to slow down his work and production pace to spend more time with family. For Alarcón, it is very important to be present in the lives of his two children, ages 16 and 8.

"I’ve been very busy, too busy for a decade and I would like to be less busy because children grow up fast. Because we only have one life and because being so busy also comes at a price. So, I want to enjoy life a little more."

The pandemic, as was the case for many families, allowed him to spend time with his children. And although he acknowledges what an emotionally difficult time it was and how tragic it was for millions of people, he is grateful for how it put on the brakes on his travel schedule.

"I will never again have the opportunity to be with and spend so many hours with my children. Especially with my little boy. I spent hour after hour with him at a time of incredible emotional, creative and intellectual development for him," he said. "So, to have had a front row seat to watch that growth was also super nice."