Almost four years after Brazilian radio journalist Gleydson Carvalho was murdered inside the studio where he was working, a Brazilian court convicted three people of involvement in the crime.

Thiago Lemos da Silva, Gisele Souza do Nascimento and Regina Rocha Lopes were convicted on April 10 for qualified homicide and participation in criminal organization in the murder of Carvalho, which occurred on Aug. 6, 2015, according to the public prosecutor of Ceará (MPCE, for its initials in Portuguese). 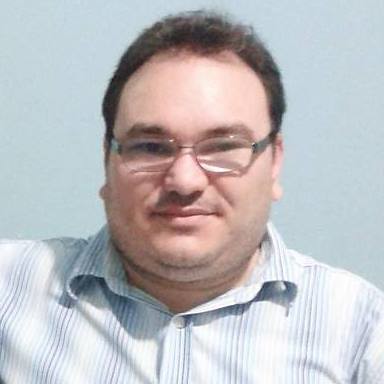 According to the complaint filed by the MPCE to the court, Lemos da Silva invaded the radio studio in which Carvalho worked in Camocim around 12:30 p.m. on Aug.6, 2015 and fired three times at the radio journalist, who died on the way to the hospital .

Silva allegedly was hired by João Batista Pereira da Silva, uncle of then-mayor of the municipality of Martinópole, 28 miles from Camocim, according to MPCE. The motivation for the crime allegedly was the "non-acceptance of constant denunciations and criticisms of alleged irregularities in municipal management" made by Carvalho on his radio program against James Bell, then-mayor of Martinópole and nephew of Pereira da Silva, according to the MPCE.

Gisele Souza do Nascimento told the court that the correct amount for the murder of Carvalho allegedly was R $9,000 (about US $2,287), but she was not able to detail whether this amount would be divided among all those involved in the execution or would be paid to each of them, the MPCE said.

A report written in 2017 by the Tim Lopes Program for the Protection of Journalists, from the Brazilian Association for Investigative Journalism (Abraji), says that in addition to Lemos da Silva, Israel Marques Carneiro is the other gunman who allegedly participated in the murder of Carvalho. Gisele Souza and Regina Rocha allegedly are girlfriends of Carneiro and Lemos da Silva, respectively, and allegedly helped the two gunmen carry out the crime, according to the Tim Lopes Program report.

Additionally, Francisco Pereira da Silva, brother of João Batista, allegedly is also the principal of the crime, the report says. The two are uncles of Bell, who was mayor of Martinópole between 2012 and 2016 for the Brazilian Democratic Movement (MDB) party.

In an interview conducted in March 2016 by the news site 180, Bell denied involvement with the crime. "I have nothing to do with the case. I have no interest in violence," said the-then mayor.

According to the MPCE, the prosecutor pointed out in his complaint that "there are strong indications of involvement of other unidentified persons" in the murder of Carvalho, especially "in the financing and formatting of the elaborated plan to execute the radio journalist.”

Prosecutor Evânio Pereira de Matos, in charge of the case, told the Knight Center that Israel Marques Carneiro, another suspected gunman allegedly involved in the crime, and João Batista Pereira da Silva, one of the alleged principals, are fugitives from justice and therefore have not been cited in the case that led to the convictions on April 10. The case related to them remains suspended until they are captured, the prosecutor said.

Francisco Pereira da Silva and Valdir Arruda Lopes, also cited in the Tim Lopes Program report as others allegedly involved in the crime, appealed against the sentença de pronúncia, which is the decision from the judge that directs the trial to the jury court, the prosecutor explained. Since they appealed, the case passed to the Court of Justice of Ceará (TJEC), which must adjudicate the appeal filed by them to decide whether or not they will be tried as defendants in this case by the Jury Court.