Now, it is not so surprising to see the words “feminist media” or “feminist journalism” in the mission statements and Twitter bylines of new digital native media outlets in the region. 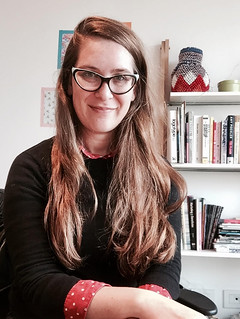 "Not being a feminist media outlet, regardless of whether it is a thematic media outlet about feminism or not, is to be outside a conversation of much mobilization within societies in Latin America," Mijal Iastrebner, Argentine journalist and co-founder and general director of SembraMedia, told LatAm Journalism Review (LJR).

At the same time, what it means to be a feminist media outlet or to report with a feminist perspective has also been further defined.

Additionally, the social movement for greater representation of women in media content and relevant positions has been forged for more than ten years, according to Iastrebner and Maureira.

"This whole situation leads to the creation of an ecosystem of independent digital native media that have a much greater presence of female leadership," Iastrebner said.

LJR spoke with journalists behind four feminist media in Chile, Puerto Rico, El Salvador and Peru about how they came to be and how they place women and LGBTQ+ issues and voices at the forefront of their reporting.

After the changes caused by social protests that emerged in Chile in October 2019, new independent media broke through that began to denounce the injustices and violations of women, children and the LGBTIQ+ community. In this context, digital magazine La Otra Diaria was born on International Women's Day, March 8, 2021.

"Reporting from a feminist perspective for us means investigating and denouncing rigorously, making women, the LGBTQ+ community and the feminization of poverty visible," director Carolina Rojas told LJR. "Looking for stories that need to be told with a feminist perspective means that we are aware, for example, that justice is embodied by male judges who lack training in gender perspective or that women were most affected during the pandemic." 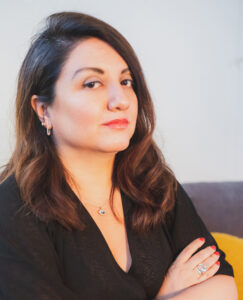 The team is made completely of women, which is important “to balance the underrepresentation of women in newsrooms and in management positions,” Rojas said.

“And that inequality is represented in the media with the exclusion of stories or voices, or that men are considered more as referents of opinion or sources in reports,” she continued. “And with women associated only as victims or in less prestigious roles.”

In fact, a recent report from the Global Media Monitoring Project found that the presence of women in news topics in the region is just 26 percent.

A coordinator for the report, Sandra López Astudillo, previously told LJR that women are also represented “in a biased way, with the traditional areas assigned to women: social issues, gender violence, etc.”

"Inspired by media that had emerged or had been strengthened in their feminist position in the United States and Latin America with the Me Too and Ni Una Menos movements, we identified that there was no media outlet in Puerto Rico that would prioritize the country's feminist demands," Del Mar Quiles told LJR.

A march against violence against women in Lima, Peru in 2016 (Lorena Flores Agüero from Lima, Perú, CC BY-SA 2.0, via Wikimedia Commons)

The site highlights the voices of women on issues of culture, entertainment, politics, economy and social management.

"We pay special attention to efforts against sexist violence," Del Mar Quiles stressed. There is still "the lack of integration of a viewpoint with a gender perspective in daily journalistic coverage and equal recognition and appreciation of the work of women and trans women communicators.”

Sponsored by Oxfam, Todas promotes the ¡Cambia ya! Campaign, which seeks to make young people in Puerto Rico reflect on sexist attitudes, gender stereotypes and violence against girls and women, through educational content on social networks and workshops.

Creating its own space

In El Salvador, four journalists created the site Alharaca in February 2018, “in order to have our own creative space in which we would not have to always justify the importance of gender and diversity issues and fight to position them in the coverage of the media where we worked,” director Laura Aguirre told LJR.

At Alharaca, the reporting of stories with a gender perspective by its journalists cannot be impartial, since, according to Aguirre, it will always be intersected by positions of gender, class, ethnicity and other social constructs.

“A feminist media outlet is NOT publishing 'women's things,’ it is an internal and external practice and ethic: internal in the work culture to create a safe and self-empowering work atmosphere, and external by putting into practice the positioning of gender and inequality issues as things of universal interest.”

For Aguirre, feminist media came to counteract the marginality and systematic minorization, or belittling, of issues and coverage related to gender inequalities, and they are a necessary piece in the media ecosystem to build feminist narratives with a gender perspective.

Promoting diversity above everything

In Peru, in the middle of the first year of the COVID-19 pandemic, La Antígona was born as a university project of a multimedia news site with a gender perspective. In June 2021 it transformed from a project to a non-profit organization.

La Antígona is the first journalistic media outlet with a gender perspective in Peru, according to two of its co-founders Emma Ramos and Zoila Antonio. Currently, the site is part of the LATAM Coalition of organization Distintas Latitudes. 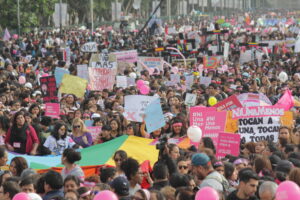 March against violence against women in Lima, Peru in 2016 (Lorena Flores Agüero from Lima, Perú, CC BY-SA 2.0, via Wikimedia Commons)

“We have a mission and it is to make visible and vindicate the role of women and LGBTQ+ populations within the Peruvian and Latin American public sphere," Antonio told LJR. “We treat all issues with total respect, total inclusion and above all promote diversity.”

Being a feminist media outlet implies above all a lot of commitment, a lot of responsibility, a lot of desire to learn and unlearn what has been established, Antonio reflected.

"It must be open to all the edges that feminism implies, because there is no absolute feminism."