Homes raided and a ‘gag law,’ signs of a more dangerous 2021 for journalism in Nicaragua

In less than 72 hours, police of the government of President Daniel Ortega and Vice President Rosario Murillo twice raided the house Radio Darío director, journalist Anibal Toruño. On both occasions (this Jan. 4 and 7, 2021), anti-riot officers with rifles and anti-narcotics officers with canines knocked down the door of the residence, located in the department of León, western Nicaragua.

“They entered aiming at my relatives who were at home, including a pregnant woman," Toruño told LatAm Journalism Review (LJR).

The police searched the house without any court order, Toruño said. According to witnesses to the raid, the officers rummaged through everything and claimed they were looking for "drugs." 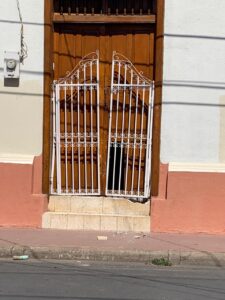 "They said that Anibal Toruño is a drug trafficker and a coup plotter," said the journalist, who warns that the Ortega-Murillo government has escalated a new stage of repression against journalists by breaking into their homes.

Toruño has been one of the most harassed journalists in Nicaragua since 2018, when protests against the government, which were brutally repressed by police and paramilitary groups, broke out. The balance of the repression was more than 325 people killed, according to human rights organizations.

Radio Darío, in León, reported on the civic revolt and from the beginning suffered repressive attacks: it was set on fire twice. Toruño had to go into exile in the United States for a year, but managed to keep the station on the air. The director of Radio Darío returned from exile at the end of 2019 and, since then, he and the radio have been recurrent victims of police harassment.

On dozens of occasions, the police have surrounded Radio Darío when it broadcasts programs critical of the Sandinista administration. The station is the most listened to in León, one of the most fervent cities in the protests against the Ortega-Murillo government. Toruño has also been detained by the police, and on one occasion the police even confiscated his private truck. However, the journalist considers that the search of his house "is a more hostile act to get me to shut up."

"This is a government that is frustrated by the perseverance of a radio station, a team of journalists and a director who have continued to work for freedom of expression," Toruño said. “But these blows are now against my person. Now they are direct: They went from destroying and harassing the radio station, to raiding my house to dissuade me from continuing to do what I do. They are warning me that if I don't shut up, they are going to put me in jail or they are going to invent that crime (drug trafficking) that they came to my house saying.”

The raid carried out by the police at Toruño’s home is the first that has been recorded against a journalist, although raids on the houses of opponents are common in Nicaragua. Officials use the same modus operandi used at the house of the director of Radio Darío: they argue that they are searching for drugs. Other journalists have denounced harassment by the police and Sandinista sympathizers who stain the facades of houses with inscriptions such as “golpistas” (coup plotters) in reference to the accusation used by the Sandinista officials that they were victims of "a failed coup."

In 2018, the Inter-American Commission on Human Rights (IACHR) granted precautionary measures to Toruño and the staff of Radio Darío. However, as has happened with other people who have precautionary measures, the government has ignored them and they have persisted in attacks against them.

An attack each day on freedom of expression

The attack on Toruño represents an increase in recent months against press freedom in Nicaragua. According to the Violeta Barrios de Chamorro Foundation's Freedom of Expression and Press Observatory, in 2020 there were 344 attacks against journalists and media outlets. That is to say, almost one per day, the majority perpetrated by police officers who maintain a de facto state of siege in the country decreed by the Ortega-Murillo regime, the organization reported. 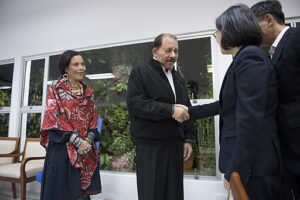 In addition to the harassment and beatings of journalists, the government has used the judicial apparatus to repress reporters through defamation trials. The most serious thing that happened in 2020 was the approval of the “Cybercrime Law,” popularly known as the “gag law.” The regulation will impose jail sentences of between one to eight years on journalists when the Sandinista government considers that a reporter has published a "false story." In fact, Ortega and Murillo themselves have attacked the independent press in their public speeches, claiming that they only produce "false news."

“What Daniel Ortega is doing with this law is to legalize the repression against independent journalism,” Toruño criticized.

Although a journalist has not yet been prosecuted with the “Cybercrime Law,” the director of Radio Darío said that in 2021 it will be applied against all those reporters who investigate or publish anomalies about the general elections projected for November 2021. There is, however, a lot of uncertainty surrounding the elections as there are no guarantees they will be carried out.

“With or without the law, Ortega persecutes journalists. Although he does not need those laws to burn Radio Darío again or put me in prison, the truth is that in Nicaragua we are entering an extremely complicated 2021. The regime wants us to shut up or to push us back into exile,” Toruño insisted.

Not deviating from its previous behavior, Toruño recalled that the Sandinista government closed 2020 showing its animus against the independent press. Days before Christmas, on the second anniversary of the illegal occupation of the newsrooms of 100% Noticias and Confidencial, the latter run by the prestigious journalist Carlos Fernando Chamorro, the government sealed the expropriation of the buildings. It nailed signs on the facades of the buildings with inscriptions that gave the properties to the Ministry of Health.