Journalist Sandra Maribel Sánchez, a journalist from Radio Progreso in Tegucigalpa, Honduras who has previously received death threats, said a man put a gun to her head as she arrived home in her car on Sept. 26. 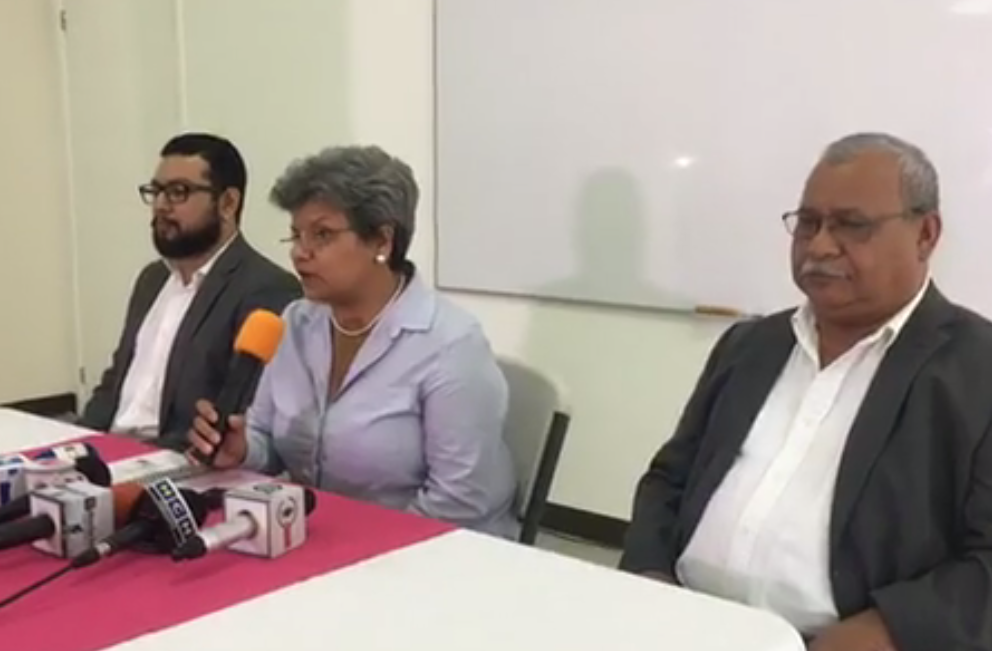 Honduran journalist Sandra Maribel Sánchez said she was confronted outside her home by an armed man. (Screenshot)

The man got off a motorcycle, pointed a gun at her head and ordered her not to get out of her vehicle, the journalist told EFE. The man then fled when he saw a car approaching them, it added.

At a press conference, the director of Radio Progreso, Jesuit priest Ismael Moreno, condemned the incident, characterized it as an attempted abduction or murder and directly held responsible the “dictatorship of Juan Orlando Hernández,” the Armed Forces and the Military Police of Public Order, Radio Progreso published on its Facebook Page.

“Whatever the purpose of putting a weapon to a person’s head, it is not normal. In Honduras we have normalized violence because by force of living in violence we believe it is normal. Why should a journalist have a gun put to her head for reporting?” Sánchez questioned during the press conference, as Radio Progreso published.

According to EFE, Sánchez believes that this threat is due to her critical position vis-à-vis the three powers of the State and the Ministry of Security.

One of the lawyers of the Honduran organization Committee for Free Expression, C-Libre, described the event as an assassination attempt and as a direct attack on freedom of expression, Radio Progreso published.

The Office of the United Nations High Commissioner for Human Rights called on the country’s authorities to conduct a thorough investigation into the incident and expressed its support and solidarity with Sánchez, according to EFE.

The director of Radio Progreso said they will seek protection for the journalist, who, he said, has been the victim of several incidents and death threats in recent years. Moreno mentioned as an example the time when a special police group violently entered Sánchez's house without any justification, Radio Progreso published.