Venezuela is one of the countries that coped best with the COVID-19 pandemic, with only 5,823 deaths out of the country's 28 million plus inhabitants. At least, according to official data released by the government of President Nicolás Maduro.

In comparison, Australia, with about 2.5 million less inhabitants than Venezuela, registered 15,808 deaths due to coronavirus, almost three times more than the South American country, according to Australian health authorities.

However, Venezuelan citizens lived a very different reality from the figures shared by their government: overcrowded hospitals and cemeteries, deaths of medical personnel and long lines to buy oxygen tanks and to cremate corpses.

"We went so far as to create a campaign 'my dead ones are not to be found in those figures,' because of course [...], when the president or the vice president read the report of the day, he talked about one death in one state, and the next day too, and the day after that, too. Our dead ones were uncounted, they did not exist," Venezuelan journalist and cyberactivist Luis Carlos Díaz, said during the LATAM Festival of digital media and journalism, in Mexico City. 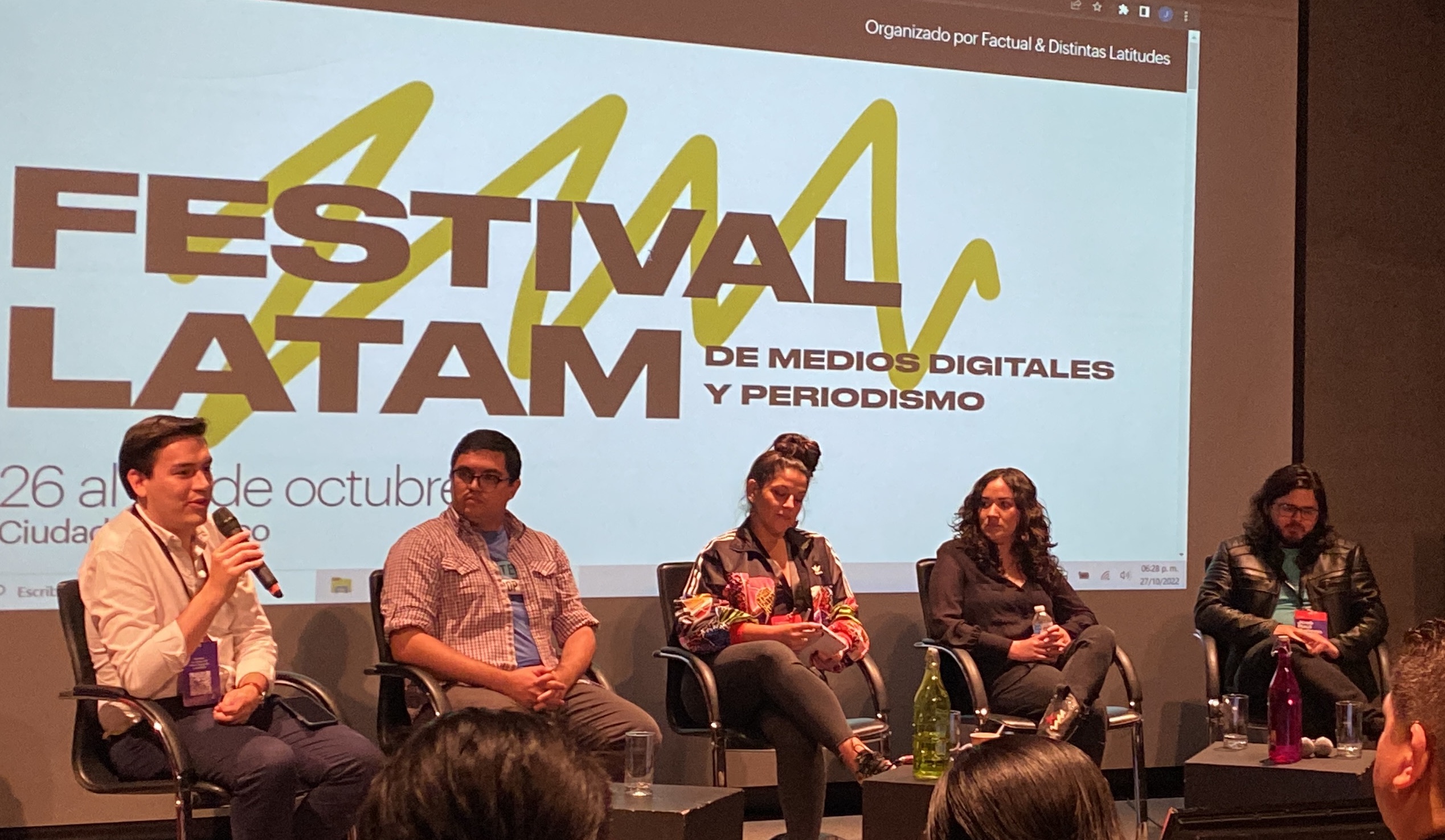 Díaz participated in the panel "Telling stories in countries without data and with government hostility" in the festival, put together by the organizations Factual and Distintas Latitudes. Also participating in the panel were journalists José Raúl Gallego, from Cuba; Pia Flores, from Guatemala; and Laura Sánchez Ley, from Mexico. The panel was moderated by Carlos Kestler, a journalist from Guatemala.

The panelists agreed that the concealment, falsification and alteration of data by hostile governments has a direct impact on citizens and can even cost lives. Diaz exemplified this with the fact that Venezuela has not shared its macroeconomic data with international agencies since 2014, and was therefore excluded from COVID-19 vaccine donation programs to poor countries, because according to its latest figures, it is an upper middle-income country.

"The State lies cost us a great deal because we don't have money for vaccines. Or, there is, but they steal it. Nor are they going to donate them to us because we are a rich country, according to international figures," Diaz said. "The consequence of that [lack of data] is not that I can't do my job, it's that people die. We have a more inept society, a society more incapable of making decisions and questioning power."

A similar phenomenon occurred in Cuba during the coronavirus crisis due to a lack of transparency. The Cuban regime reported a total of 8,530 deaths due to COVID-19. In contrast, the National Office of Statistics and Information (ONEI) announced that the total deaths in 2021 had risen by more than 55,000 cases compared to the previous year.

"While this was happening, civil society and journalism were denouncing that cemeteries were getting bigger, that there were reports of communities where there were 30 deaths in a day, but Cuba was reporting one or two deaths a day," Gallego said.

The journalist explained that all public agencies in Cuba are subordinated to the State and therefore there are no institutions to counterbalance and generate data with which to question the authorities. In the case of hospitals, he said, there are State Security representatives who have the power to control the documents issued and the information contained in them, including death certificates.

"All the organizations are subordinated to the State and all the data produced are politically filtered and flawed," Gallego said. “In that way, all the data is flawed in such a way that when one as a journalist is going to use that data, because one has no other data, one has to always exercise caution and include a type of caption to convey the impression that one may be working with flawed data.”

Independent journalism is not recognized in Cuba. According to the island's Constitution, the media can only be owned by the State, so independent journalists cannot access official sources or public officials. In addition, Gallego said, when a journalist does not work for state-owned media, he or she can be charged with the crime of encroachment of functions. 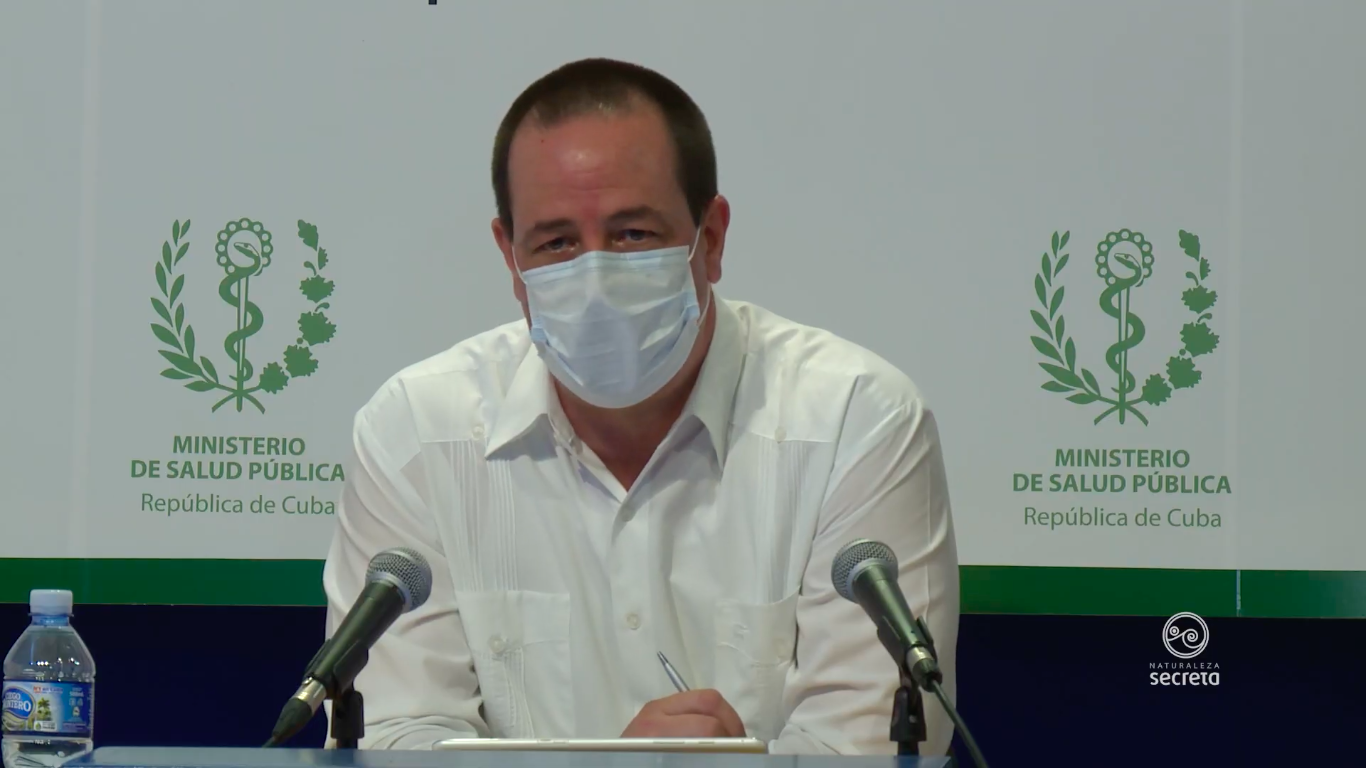 Cuban health authorities released manipulated figures of coronavirus victims on the island, according to NGOs and independent media. (Photo: Screenshot from YouTube)

As a result, there are dozens of independent journalists currently facing censorship, systematic harassment and even jail.

"When you move to the independent media it is practically like moving to the opposition in their [Cuba's authorities'] eyes. In other words, you become a public enemy," Gallego said. "You are going to face the challenge of trying to do journalism that doesn't just keep appearances, in a country where you don't even have the possibility as a journalist to approach an official source to ask for a statement."

The panelists also agreed that Cuba is the ultimate representation of an opaque country without open data for journalism and citizens. However, there are other countries that, although they have not reached those levels, there are more and more obstacles for access to information.

Mexico, for example, experiences a simulation of transparency and access to information, when in reality the authorities resort to all kinds of tricks to avoid handing over data to journalists. This is the opinion of Sánchez, co-founder of Archivero, an organization whose mission is to request public records in order to declassify them and reveal information the government has kept secret.

Sanchez shared that among the pretexts authorities have given Archivero to avoid handing over information are that there is no staff to process it, that the material is contained in old formats that cannot be copied, or that it could be damaged, among many others.

But the most common excuse Archivero has received is that the requested data compromises national security or is not in the public interest.

"Throughout this administration, the justification of national security has been used. It is a five-year clause - which can be extended up to 15 years - [of placing information] under state secrecy of the most important issues to the country," Sánchez said. "We are talking about issues that have to do with government infrastructure – airports, bridges, roads–  are sealed because of national security. But also issues that have to do with corruption, which are so basic and should be made public."

Sánchez added that sometimes the authorities impose exorbitant costs for processing the information requested, which is impossible for most independent news outlets to pay.

"You need a patron to access information that should be public and should be transparent even within the same government websites," she said. "Technically they give it to you, that's the strategy. That's what I’m talking about regarding false document transparency in Mexico."

What can be done?

Guatemala is another country that in recent years has been experiencing a weakening of transparency, especially since former President Jimmy Morales decided to expel the International Commission against Impunity in Guatemala (CICIG, by its Spanish acronym), a UN working group that was investigating corruption in this Central American country and accused Morales and several of his family members of illicit practices.

However, as in other countries with difficulty in accessing public data, it is still possible to obtain information thanks to non-governmental organizations and international bodies, which can be of great help to journalists. 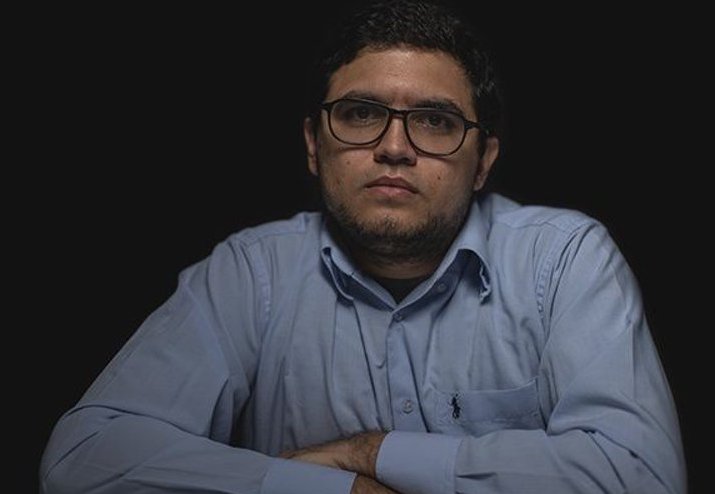 "I’d say the only positive thing is that we still have some [social resistance to opacity]," said Flores, co-founder of the Guatemalan digital news outlet Quorum. “It's the efforts on the part of civil society organizations where, just like in other countries, we see that there is still access [to information] and there are great efforts to do this kind of work of compiling data, systematizing data, which at least allows us to function.”

However, in countries like Cuba, NGOs reach can be very limited, so journalists on the island resort to using qualitative methodologies to generate their own databases to support research and help them understand it, Gallego said.

"When you give people a product where you are telling them 'I was able to access classified documents, or documents generated by other countries where there is information about Cuba. Or, I was able to gather a thousand cases and do a study on this. Or, I spent two years gathering information published in social media', and from this you give them an analysis, this is one thing that touches people," Gallego said. "There is a kind of guarantee that people will see this as something different from what they normally consume."

Human rights organizations are also supportive in the face of authoritarian and non-transparent governments that create confusion with dubious or flawed data. This leads to polarization in societies, which puts journalists at risk of losing their compass.

Getting citizens to pay attention to the actions of hostile and non-transparent governments is also crucial for social pressure to increase and for journalistic investigations to have a stronger impact.

One way to attract the audience's attention is to present information in attractive ways. For example, in corruption cases, you can try to structure scandals in a way that makes the information relevant to people.

"I'm not saying let's be sensationalist, but it should be a scandal for someone to steal money. And that has to be structured and has to be planned," Diaz said. "Let's not just think about whether it's a chronicle, a feature story, a profile, or if it's on the web, if it's a podcast.....  Let's think about whether the structure has a plot, who is directly affected, whether there are several voices. We have to make sure that this matters to people and that takes more production time, but the result can be much better."

Archivero is a digital media organization in Mexico that requests public records to declassify them and reveal information that the government has kept secret. (Screenshot)

In Latin America, where there are countless unresolved corruption cases, as well as investigations plagued with anomalies, set-ups and quick decisions, it is crucial that journalists do not give up their processes of access to public information, no matter how cumbersome, complicated and expensive this may be.

"It is important to continue demanding [information] from the authorities, regardless of the mechanism we use, from our trenches," Sánchez said. "It seems to me that retrieving this type of public information is what is going to help us, although it may sound trite, keep an eye on and question the authorities about the results and the things they give us."

Gallego, for his part, advised knowing the different types of audiences that consume data journalism products and, if possible, generating material that can be presented on various platforms and in different formats.

"Not everyone is going to read a 8,000-word research piece, but with that 8,000-word research you can build a thread on Twitter, using maybe 10 tweets. Maybe people don't read the full research, but they read the thread and the information sticks with them," the journalist said. "It may sometimes even be the case that the thread gets more shares than the number of people reading the article."