The COVID-19 pandemic highlighted a silent crisis among journalists: the deterioration of the mental health of these professionals, verified by various surveys conducted by organizations around the world in the past two years. In Latin America, ongoing initiatives seek to assess the mental health of journalists. They aim to help them cultivate emotional well-being in an adverse context that, in addition to the pandemic, includes widespread misinformation, as well as violence and hostility against journalists.

In Brazil, a free online course "Journalists and mental health: How to find balance" started on May 30th and will have five live classes in Portuguese. The recordings will remain available for those who cannot attend the streaming. The course is part of a project by the organizations Redes Cordiais [Cordial Networks] and the Instituto de Tecnologia e Sociedade do Rio [Institute of Technology and Society of Rio or ITS Rio, by its Portuguese acronym). Both work on this subject on two other fronts: the publication "Is everything okay? A basic mental health guide for journalists," available online in Portuguese, and meetings with newsroom managing editors to raise their awareness of the issue.

Katia Brembatti, project coordinator at Redes Cordiais, told LatAm Journalism Review (LJR) that the initiative arose from the "perception that this [professional] category has been silently getting sick."

"A journalist's mental health directly affects the quality of information, and therefore affects all of society, because a sick journalist cannot report what is important to society properly," Brembatti said. Emotional distress also impacts journalists' work when they practice self-censorship, avoiding certain topics or coverage in order to protect themselves, Brembatti said. 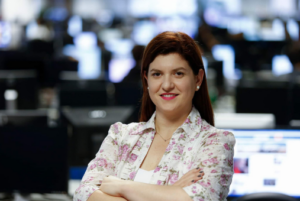 "It's a circle," Cesar Ricaurte, executive director of Fundamedios, told LJR. "The issues that affect the quality of press freedom and the working conditions of journalists have an impact on mental health. Mental health in turn has an impact on journalistic work, necessarily, because we are talking about human beings, who are the ones practicing journalism."

Fundamedios, the Instituto de Prensa y Sociedad [Press and Society Institute or Ipys), from Peru, and the organization Medianalisis, from Venezuela, supported by UNESCO, direct the program "Conscious Journalism." This initiative has been evaluating the mental health of journalists from these three countries, through an online questionnaire. They also offer psychological support and tools for mental health. Since April, the program has also been holding free online workshops in Spanish on mental health self-care for journalists.

Ricaurte pointed out that this is a relevant issue in Latin America due, first of all, to the insecurity in which journalists work in the region. "Let's remember that Latin America is probably the most dangerous region to practice journalism outside of war zones," he stressed. According to the organization Reporters Without Borders, at least 100 journalists were murdered in Latin American countries between 2016 and 2022, 64 of them in Mexico.

The director of Fundamedios also spoke of low salaries, precarious labor relations and the loss of the social prestige of journalism as factors that affect the emotional state of professionals and the quality of their work.

“Authoritarian governments or governments with authoritarian traits, which focus on attacking journalists and constantly stigmatize them, and this discourse has permeated many sectors of society,” Ricaurte said. “Then you often have presidents, mayors, governors continuously attacking journalists and the media. This discourse spreads through the followers of these political leaders, who also begin to insult and even threaten journalists. So all this has some consequences on the mental and emotional health of journalists.” 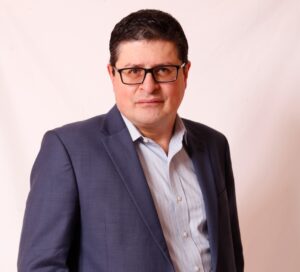 The "Conscious Journalism" program, which now spans three countries, began in Ecuador in late 2020 as a partnership between Fundamedios and researchers at the Universidad Técnica Particular de Loja (UTPL). With UNESCO’s support, the initiative has also been expanded to Peru and Venezuela, giving a regional scale to the efforts and debate on the topic.

Byron Bustamante, professor and researcher at UTPL's Psychology department, told LJR that, so far, 160 journalists from the three countries have responded to the mental health assessment questionnaires made available by the program. They’ve reported on the difficulties they have experienced during the pandemic, such as the grieving processes for the loss of family members and colleagues killed by COVID-19. Also, they mentioned the scant training they had received from employers in order to protect themselves from a coronavirus infection and take care of their mental health. They also complained about the difficulty of accessing mental health services, which they feel should be free so they are accessible to everyone, Bustamente said.

The questionnaire will be available throughout the year for journalists from Ecuador, Venezuela, and Peru interested in undergoing evaluation. Journalists who answer up to July may obtain access to psychological care, if their results are deemed to be at-risk, according to the program's web page. The data collected in the questionnaires will be used to prepare studies on the situation of journalists in these three countries and what kind of measures could be taken by journalistic organizations and the State to support journalists’ mental health.

So far, three online workshops facilitated by a psychologist have been held as part of the project. Another three are planned until the end of June. According to Bustamante, the workshops offer tools “to better cope with work-related stress and stress associated with their social communication function in general. We are also creating tools to improve self-care in traumatic situations that may eventually lead to post-traumatic stress disorder (PTSD).” 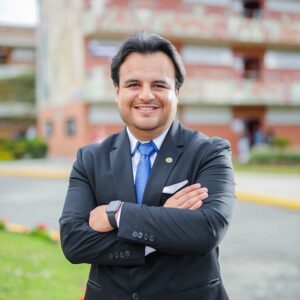 The journalists who so far have participated in the workshops have reported a high level of satisfaction with the project, the researcher said. “They thank us for taking into account for the first time this type of topic, and for doing so free-of-charge. Also, for the online methodology that makes it more accessible to them and easier to take the time to learn about it. In general, when they participate, they talk about specific work situations or specific personal situations. They also use it as a space to vent frustrations and discuss situations they are constantly experiencing in news outlets,” he said.

State and media companies have a role in caring for the mental health of journalists. Ricaurte emphasized that "mental health is something wholistic,” and, therefore, it must be approached from multiple perspectives, with various actors involved.

One of the core objectives of the Conscious Journalism program, according to Bustamante, is precisely its impact on public policy. “Once the whole process of data collection is finished, the work from academia, from organizations such as Fundamedios, Ypis and Medianálisis begins in order to generate an impact on decision-makers. We do this hrough meetings, press conferences, newsletters, and such. The intention is to be able to guide decision-making in favor of the mental and physical safety of journalists. Especially in times of crisis, such as the pandemic,” he said.

According to Brembatti, the Brazilian project will start their meetings with media managers at the end of June. The conversations will involve human resources departments and managers at various levels with the goal of making them aware of the issue.

"It is understood that there needs to be local support, which may be an outpatient clinic, but sometimes the issue is even simpler, like changing the way one speaks," she said. “Managing editors need to be prepared to be able to deal with these issues responsibly. So, they should not create more tensions, whether by avoiding being aggressive or by presenting their demands in a more appropriate way. [They need to] understand when a journalist is feeling vulnerable and should not be covering certain things. (...) We talked a lot during the pandemic about the need to 'flatten the curve.' Likewise with mental health. When you take a series of preventive measures, you decrease the possibility of reaching a peak. These are the measures that are being taken back to newsrooms.”