This is the first story in a series on investigation and prosecution of cases of violence against journalists in Latin America.* 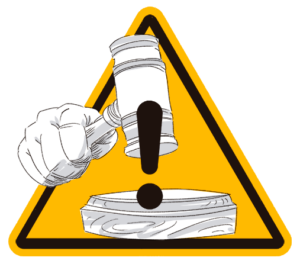 Experts maintain that attacks against journalists in Latin America have increased in the past years thanks to impunity. Lack of prosecution and punishment for those who threaten, harm or kill journalists has enabled more attackers, who conclude that they can get away with anything.

UNESCO estimated that 78 percent of murders of journalists between 2006 and 2019 in Latin America have not been punished. That is three out of four cases that were not prosecuted, sometimes not even solved.

But, while murder is the most extreme form of attack against a journalist, other types of aggression also go unpunished: harassment, threats, hacking. When authorities do not act against attackers, they are empowered.

We have looked at measures to prevent attacks against journalists taken by journalists themselves, as well as government efforts to protect them. But, there is a third aspect that is crucial in diminishing the frequency of aggression. That is prosecution of cases.

In the past two decades, several countries in Latin America have created special offices for prosecuting crimes against journalists, or freedom of expression in general.

Some of these institutions pre-date the creation of protection mechanisms, which is another prong in State strategies for preventing attacks against journalists. In some countries, the offices of special prosecutors have been reformed or renamed because of poor initial results.

However, the situation is not encouraging. Ricardo Trotti, director of the Inter American Press Commission (IAPA), told LatAm Journalism Review (LJR) that after two decades of pushing for the creation of institutions dedicated to the protection of journalists, “we have not reached the goals we had set for a true administration of justice that fights impunity and reduces violence.”

IAPA is the largest group of news organizations in Latin America and the first to promote the creation of special prosecutors. According to its records, the following countries have established offices for prosecuting or investigating attacks against journalists:

Colombia: In 2002, the National Unit for Human Rights created a sub-unit for investigating crimes against journalists, but there is no special prosecutor within the office of the National Attorney General.

Honduras: The Special Prosecutor for the Protection of Human Rights Defenders, Journalists, Social Communicators, and Justice Workers (FEPRODDHH, for its acronym in Spanish) was created in 2018, with the mandate of protecting anyone working in the promotion of human rights and freedom of expression.

México: A Special Prosecutor for Crimes Against Journalists (FEADP) was created within the National Attorney General’s Office in 2006. Four years later, arguing a lack of results, the office was changed to Special Prosecutor for Crimes Against Freedom of Expression (FEADLE) with the power to “federalize” cases, so it can take them away from local prosecutors.

It is evident that there is no unified model for creating an office to investigate and prosecute crimes against journalists. Some countries have special prosecutors, while other countries have investigative units. These institutions were created by legal reforms or, as in Perú, by the Supreme Court. Some special prosecutors also see cases against other actors, like human rights defenders, while others stick only to journalists. 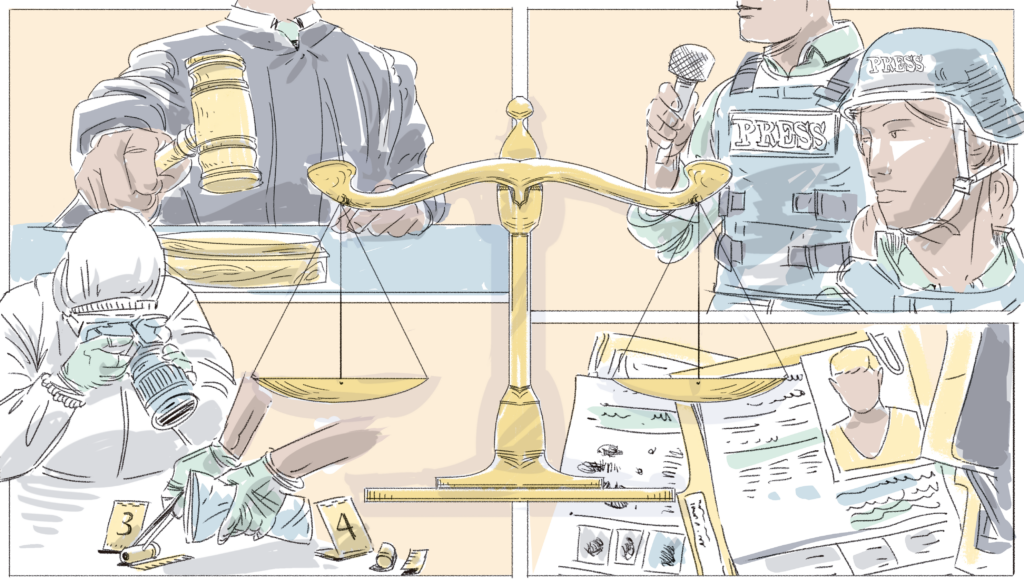 This is a reason it is difficult to assess the results of these efforts, according to Pedro Vaca, Special Rapporteur for Freedom of Expression at the Inter-American Commission on Human Rights (IACHR).

“The fact that there are special prosecutors in countries with violence against journalists is an important message of the legal policy in those States. But, there is a significant difference between the announcement that a prosecutor’s office will be created, and its operations and its effectiveness,” Vaca told LJR.

“There is little information about their effectiveness, especially because there is a significant difference in the models or frames that have been applied: special prosecutors, investigative units, units within units. So, comparisons are difficult,” Vaca said.

Another factor is lack of information. Some of these offices do not have websites or publicly available contact information. In other cases, journalists are not even aware of the creation of those offices or their implementation. Or they know of their existence, but do not trust them.

Colombia is one case, says Raissa Carrillo, coordinator of protection and legal defense at the Foundation for Press Freedom (FLIP).

“The few journalists that know about the resources available, do not want to go there,” she told LJR. “There is a lack of trust in prosecutors that mirrors that of the National Protection Unit.”

Carrillo said Colombia has a 76 percent impunity rate in homicides of journalists, and only three out of dozens of reported threats have concluded in a sentence against the perpetrators.

“There is no benefit in going to the authorities,” she said.

Commenting on the resolution by the Peruvian Supreme Court that ordered the creation of a special office, Zuliana Lainez of the Peruvian Association of Journalists (ANP) told LJR that the case is more than a decade old, but the order has never been implemented. Instead, cases of crimes against journalists follow their course through the regular channel of judges who specialize in human rights.

“We have not seen that there is a special mechanism to give priority to these cases. This is more than a decade old, but we do not know of a particular measure,” Lainez said.

The IAPA has verified the creation of those offices, but only insofar as governments inform compliance of pledges to create institutions for the protection of journalists. Following up on the implementation is difficult, according to Trotti, who said there are several reasons to be discouraged about the results.

“Lack of consistency in public policy is one of them. Governments adopt policies to avoid the problem and they are not treated as State policies, so they are not followed up by successive administrations. So, at the beginning of each one we must start threading the needle again.”

Other factors, according to Trotti: “Many States are reluctant to accept blame or irregularities in judicial processes, and in some cases, governments blame their predecessors, so the cases are not treated as matters of State. Also, many public officials are not aware of their roles and the Inter-American jurisprudence on freedom of expression and violence against journalists.”

And there is the perennial lack of resources in the systems for protecting journalists. “We are still asking governments to give the necessary resources –professional and economic, to make them efficient.”

LJR attempted to contact the Attorney General’s Office in Colombia and the coordinator for criminal prosecutors in Peru for comment, but had not received a response as of publication time.

In 2020, UNESCO published “Guidelines for Prosecutors on Cases of Crimes Against Journalists,” with recommendations for investigating and bringing cases to the courts.

UNESCO makes clear that journalists should not have a special status, “all citizens being equal before the law.” But, it acknowledges that it is necessary to “guarantee a right to exercise the activities related to journalism under conditions which allow the realization of fundamental rights.”

A crucial element, according to the guidelines, is how to determine whether a victim was specifically targeted for being a journalist.

For instance, in Colombia, investigations of attacks against journalists do not have good context analysis, “so cases are not associated with journalistic work,” says Carrillo.

According to Vaca, the methodologies to determine that a crime was motivated by journalistic work are important to assess the results of a special prosecutor or unit.

“The next step in the construction of these offices is to determine the information needed to follow up on their effectiveness, how they will be evaluated and what their accountability mechanisms will be,” Vaca said. “These are the steps needed after the creation and operation of special prosecutors.”

Trotti said there are two reasons to be hopeful: working within the Inter-American System allows victims to keep seeking justice after being ignored by authorities in their countries. And, organizations such as the IAPA and others are constantly denouncing and presenting cases within this System to keep the issue in the public agenda.

If, as UNESCO points out, preventing impunity of attacks against journalists is a central element of press freedom, prosecuting those crimes is a key aspect. Swift investigation and prosecution act as deterrents for potential attackers. In this series, we will look at efforts in three countries that started with this objective in mind and assess their level of success.

*This is the eleventh report in a project on journalist safety in Latin America and the Caribbean. This LatAm Journalism Review project is funded by UNESCO's Global Media Defense Fund.

Read other articles in the project at this link.