A comparative study on the mechanisms for protecting journalists in Brazil, Colombia, Honduras, and Mexico found “serious problems” and “structural failures” that thwart the proper functioning of these state bodies.

Reporters Without Borders (RSF) examined the four countries, as they accounted for 90% of the murders of journalists recorded by RSF in Latin America in the last decade. There were 134 professionals murdered in these countries between 2012 and 2021, Bia Barbosa told LatAm Journalism Review (LJR). Barbosa is the researcher responsible for the study presented in the report “At risk,” available in Portuguese and Spanish.

“These are countries where the rates of violence against journalists are still worrying, that is: in this decade, these murders have not decreased, on the contrary. Despite the creation and existence of these protection mechanisms during this period, journalists and media professionals continue to be murdered,” she said. “Hence the importance of analyzing how the State in these Colombian, Mexican, Honduran, and Brazilian countries is responding to these alarming rates of violence.” 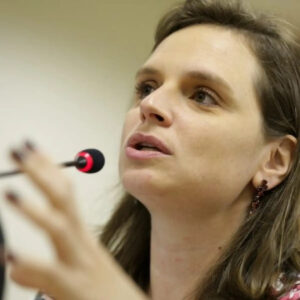 Barbosa notes that the study “shows a very worrying picture in relation to these protection policies, considering that journalists under protection, beneficiaries of these very mechanisms, were also murdered.” This is what happened recently in Mexico, where at least five journalists were murdered just at the beginning of 2022, and two of them were enrolled in the protection mechanism when they were killed. In addition to them, two others who survived assassination attempts during this period are also under the protection of the Mexican federal mechanism.

In these four countries, the mechanisms for protecting journalists “have the function of receiving complaints from victims of threats, carrying out a risk assessment of the petitioner’s situation, deliberating on his needs and on the types of protection measures to be adopted, implementing a protection plan and following up on cases,” the report states.

Once enrolled in the program, the journalist is officially under state protection, and protective measures can include armed escort, provision of armored cars, bulletproof vests, and “panic buttons” for quick contact with security forces, in case of imminent threat, and the relocation of journalists to another city.

RSF considers that the mechanisms “constitute a necessary response” to violence against journalists and communicators and have increased the capacity of States to “fulfill their obligation to protect these extremely vulnerable populations”.

“The mere existence of the programs establishes within the governmental structure a space for receiving complaints from threatened people, with the capacity to implement specific measures to guarantee their integrity. In practice, the programs contributed to the accountability of States in adopting direct and indispensable measures to preserve the lives of hundreds of journalists and communicators,” according to the report.

However, the study identified “serious problems that require urgent changes” to ensure the effectiveness of protection mechanisms. Among the “important structural flaws” pointed out by the RSF are “dependence on ineffective institutions (such as the police, the army and the judiciary), risk analysis methodologies and protection plans that do not consider the particularities of journalistic practice, inadequacy of measures and delays in its implementation, lack of human and financial resources.”

In addition, all the mechanisms analyzed disregard the specificities of violence against women journalists in the region, which is often also driven by misogyny combined with hostility to media professionals. Even more grievously, in Colombia there was even more than one report of rape of journalists benefiting from the protection program, perpetrated by members of the escort that was supposed to protect them, reports the study.

For Barbosa, the political landscape of the countries “is a key factor, both for increasing risks for journalists who cover sensitive topics, as well as to guarantee or not conditions for their protection.”

“Several of the countries analyzed show a scenario in which authorities at the local, state or federal level are among the main responsible for aggressions carried out against journalists, whether verbal aggression and intimidation that end up legitimizing actions by other groups, political or not, in the country, or even physical assaults that were reported by journalists we interviewed in this survey,” she said.

She emphasizes that “the international standards for the protection of freedom of expression and all the recommendations of the UN and OAS special rapporteurships on freedom of expression, for example, reaffirm the importance of the authorities having a discourse that values the work of the press, that guarantees the practice of this work and not a stigmatizing discourse that legitimizes this type of aggression.”

The political context also has an influence on the work carried out by the protection mechanism. “If it is not a political priority for a government to guarantee public protection policies, the mechanisms, no matter how much they exist, will not work in practice, and this is unfortunately what we see in most countries,” Barbosa said. She emphasized that the authorities’ commitment to policies to protect journalists must go beyond discourse and materialize as “a budget, a sufficient number of civil servants, a consistent policy that in fact guarantees the rapid and efficient implementation of protection measures” for threatened journalists.

So far, there has been no response to the RSF diagnosis and recommendations from the authorities responsible for protection mechanisms in these four countries, Barbosa said. However, the second stage of this program, which is funded by UNESCO, consists of collaborating with the mechanisms of the analyzed countries to implement the organization's recommendations.

“We hope that the report, more than a survey that provides a portrait and analysis of these protection programs showing their greatest shortcomings, is a study that precisely makes it possible to overcome these shortcomings through a technical collaboration that RSF hopes to be able to do with the mechanisms,” she said.

Read below some of the observations and recommendations made by RSF after analyzing the functioning of the mechanism to protect journalists in each country:

In Brazil, the Program for the Protection of Human Rights Defenders, created in 2004, only started to include media professionals in 2018, and since then, no specific procedures have been created to deal with this audience, from the dissemination of the program to the adequacy of measures offered, according to the RSF analysis. In August 2021, of the more than 600 beneficiaries of the program, only seven were journalists.

The Brazilian program is based on agreements between the federal and state governments, a model that is very dependent on the political will of the governors and that “results in a heavy bureaucratization of policy protection (slow transfer of resources, etc.), leaving beneficiaries often in danger,” the report states.

Among the RSF recommendations are the approval of a law to create a “protection program at the national level, articulating federal and state public agencies in its implementation,” and the increase of the program’s annual budget, “with a view to hiring more personnel at the federal and state level and the carrying out of permanent training and communication activities.”

Colombia has the oldest protection program for journalists in the region, founded in 2000. The mechanism is operated by the National Protection Unit (UNP, by its Spanish acronym), and what it offers is generally “reduced to physical security measures, rather than full protection,” notes RSF. “Employees of private companies, often former police and military personnel, marked by decades of armed conflict in the country, work within a logic of confrontation with an 'internal enemy,' and are neither trained nor sensitized to the issue of human rights nor topics such as gender or ethnic diversity,” the report states.

In addition, there were cases of information leakage and spying on beneficiaries by the escorts responsible for protecting them.

RSF recommends that the UNP not be content with just offering physical security measures, but rather adopt a “vision of integral protection, guaranteed by the Colombian State through the articulation of different bodies and in dialogue with social leaders and civil society organizations.” It also states that the body “must incorporate in all its internal procedures, in a practical and urgent way, the perspectives of gender, race, ethnicity, origin (urban or rural). Also, the political orientation of its beneficiaries, as well as the specificities of the journalistic work: need for mobility, flexible hours, private access to sources of information, etc.”

The Honduran journalist protection mechanism was created in 2015 and “coordinates the group of State actors responsible for the protection of human rights defenders, journalists and justice operators.” However, according to RSF, “due to a lack of political will and, consequently, of human and financial resources, this coordination does not work in practice.” The organization said that in 2021, the agency's budget was US $430,000, which was insufficient to effectively monitor the program's then 146 beneficiaries and to produce risk analyzes quickly enough.

The protection of journalists covered by the program is carried out by the National Police and the Army, most of the time, “with delays and inadequately.” “Since these two bodies are the main perpetrators of attacks against journalists, the beneficiaries' trust in the mechanism and its credibility are very limited. Journalists still fear being victims of surveillance and the leaking of their personal data to potential attackers,” according to RSF.

The organization recommends increasing the program budget, and also that “the delays and conditions in the implementation of protection measures by the security forces, especially in the most serious cases (forced displacements, escorts, police patrols, etc.) be constantly monitored by the mechanism. For RSF, “the SNP must exercise its surveillance role by drawing up procedures that allow representatives of public forces involved in cases of aggression against journalists and human rights defenders to be held accountable.”

For RSF, Mexico is the most dangerous non-conflict country for the press in the world. Since 2019, it has been the country where more journalists have been murdered per year, and between 2011 and 2020, at least nine journalists who were under the protection of the Mexican state were murdered, according to the organization's records.

The federal mechanism to protect journalists and human rights defenders was created in 2012, and according to RSF, it is “quite isolated” and its operational capacity “is insufficient in view of the growing demands.”

The organization maintains that, “for the general protection policy to be effective, the other spheres of Mexican power must necessarily assume their share of responsibility and work in coordination with the federal mechanism,” writes the organization.  It also points out the lack of personnel – there are 45 employees for around 1,500 beneficiaries – as an obstacle to the mechanism’s effectiveness.

Among the organization's recommendations are an increase in the budget, to be invested in hiring more staff and in their ongoing training; better sharing of responsibility for protecting journalists between federal and state authorities; and improvement of emergency care measures, to be adapted to imminent risks and unforeseen changes in the risk level of the professionals served.