About 70 percent of the local media in Argentina work mostly with freelancers or commissioned collaborators, according to FOPEA report

About 70 percent of the local media in Argentina work mostly with freelancers or commissioned collaborators, according to a report by the Argentine Journalism Forum (FOPEA, for its acronym in Spanish). This work becomes more precarious in half of the provinces, the study indicated.

“The situation is one of disaster. It is necessary to look for sources of financing for the local press, if we really want it to exist,” Fernando Ruiz, president of FOPEA, told LatAm Journalism Review (LJR). 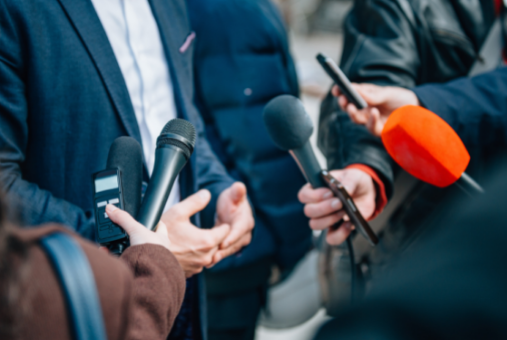 For the report "Situation of Local Journalism in Argentina," Fopea surveyed 2,464 media outlets and 13,597 journalists from the 23 provinces of the country and the federal district, the Autonomous City of Buenos Aires. The research, conducted between December 2020 and May 2021, was sponsored by the Google News Initiative.

"The data support the perception that it is increasingly difficult for journalists to get a job in a dependency relationship in Argentina," the study says.

In the provinces of Jujuy, La Rioja and Formosa, where according to the study there is greater job creation and a broader public sector, there are more media outlets with journalists in a permanent working relationship. However, in the province and city of Buenos Aires, Catamarca, Chaco, Corrientes, Entre Ríos, La Pampa, Mendoza, San Juan, San Luis, Santiago del Estero and Tucumán there was greater job insecurity for journalists.

Although the study indicates that the newsrooms surveyed have different characteristics, it found that 31.7 percent of the media reported having “other forms of work relationship” with their journalists. About 20 percent admitted to paying their journalists as independent collaborators and about 17 percent said that the remuneration was paid with commissions for advertising or the sale of spaces, such as "air minutes on the radio or blocks of television programs."

"The model of dependency of a company or institution begins to become inaccessible, and in its place the paradigm of the entrepreneurial journalist emerges, who embraces new technologies to create 'one-person' media, where the owner simultaneously deals with the administration and journalism," the study said.

FOPEA has proposed a Federal Transparency Clause, which asks that in the large public contracts of each community there is a commitment to publish the characteristics and their development in the local press.

The first installment of the FOPEA investigation was published last June. In this first stage, the report focused on finding the zones of the country of news deserts. The study found that about 50 percent of the country was a news desert "thirsty for coverage."

In addition to addressing the hiring conditions of journalists, the investigation also collected data on gender, such as the presence of women in media leadershia, the type of platforms used by the media, their years of operation, the type of local coverage and their sources of income.

The next installment of the investigation will be on Oct. 7, on gender information in the media, Ruiz said.

Since 2017, FOPEA has recorded the acute crisis experienced by Argentine journalism. Massive layoffs, media closures, business groups that disappear or leave the sector and the precariousness of working conditions have been mainly the causes and effects of the journalistic crisis in the country, according to the organization.

“Today journalism, except for a few media, cannot offer a journalist decent work,” Ruiz said. “After our study on news deserts, that became clear, and when we focused on the type of employment contract journalists have, what we saw is even worse. Doing quality journalism is practically a miracle under these conditions.”