This article was originally published by portal MediaTalks in Portuguese and a shorter version has been translated to English and republished here with permission.

London – After a year that ended with 55 journalists murdered in the world, according to UNESCO, 2022 begins with a frightening count: in the first month, nine crimes were recorded against journalists in five countries, representing 16% of the total deaths in 2021.

Latin America, which in 2021 had ranked second in the number of lethal crimes (behind Asia), took the lead this year, accounting for seven cases (four in Mexico, two in Haiti and one in Honduras).

On the last day of the month, the count ended with the murder of Mexican Roberto Toledo, the fourth press professional targeted in three weeks in the country.

Dog waiting for its owner is a portrait of the crisis

One of the most striking images of the wave of violence against the press is that of the dog of the Mexican journalist Lourdes Maldonado, waiting for her owner to return without knowing that those yellow banners meant to signal the place where she was shot in the face inside her car.

In December, two professionals had already lost their lives in Myanmar, one in custody of the military junta that took power in the country a year ago and the other shot by the country's military forces during a protest.

The January count increases when we add the case of Muratkhan Bazarbayev, a driver for Almaty TV, from Kazakhstan, who was killed on Jan. 7, when the station's vehicle was shot during clashes that took over the country.

Following a trend observed in 2021, the January report confirms that the two greatest threats to journalism in the world are: actions by authoritarian regimes and revenge by members of organized crime or political figures dissatisfied with the coverage of acts of corruption.

Five years ago, as UNESCO noted when it published the death toll for 2021, more journalists lost their lives covering wars and civil conflicts.

Organizations adopt different criteria to add up the crimes, and may or may not include in the list acts not fully confirmed, such as deaths in reprisal for work or support professionals and citizen journalists.

According to Reporters Without Borders, the number of deaths in 2021, of 49, was lower than that recorded by UNESCO, including employees in large and independent organizations or those who helped correspondents with their fieldwork.

This still represents almost two fatalities per month. In January of this year, the record is two a week.

The case of Mexico is most emblematic of the revenge against journalists by criminals or politicians who are suspected of corruption.

There were four crimes in the country in just three weeks in January, demonstrating that the pattern of violence in recent years has not changed despite the government's declarations of outrage at each new case.

According to Reporters Without Borders, 47 media professionals were killed for their work in the country in 10 years, the same number as in Afghanistan.

The third case that took place in January, that of Lourdes Maldonado, sparked protests in the country and in the US over the brutality and the fact that she was under government protection.

The professional's body was found in Tijuana on Jan. 23, in her car, with gunshot wounds to her face.

A week earlier she had won a labor case against a TV station owned by a former state governor.

Protection had been granted by the government due to threats related to the legal process, denounced by Maldonado directly to President Andrés López Obrador.

Also in Tijuana, one of Mexico's most troubled areas, photographer Margarito Martínez was shot outside his home on Jan. 17.

He was killed in what appeared to be an ambush while leaving his home to cover a false radio warning about a casualty incident.

Before them, on Jan. 10, José Luis Gamboa Arenas was stabbed in the state of Veracruz, on the coast of the Gulf of Mexico.

He was general director of the digital newspaper Inforegio and broadcast on Facebook criticizing the insecurity and impunity of organized crime.

His accusations came near the ex-governor of the state, Miguel Ángel Yunes Linares, and his family members, all linked to city halls of several municipalities. 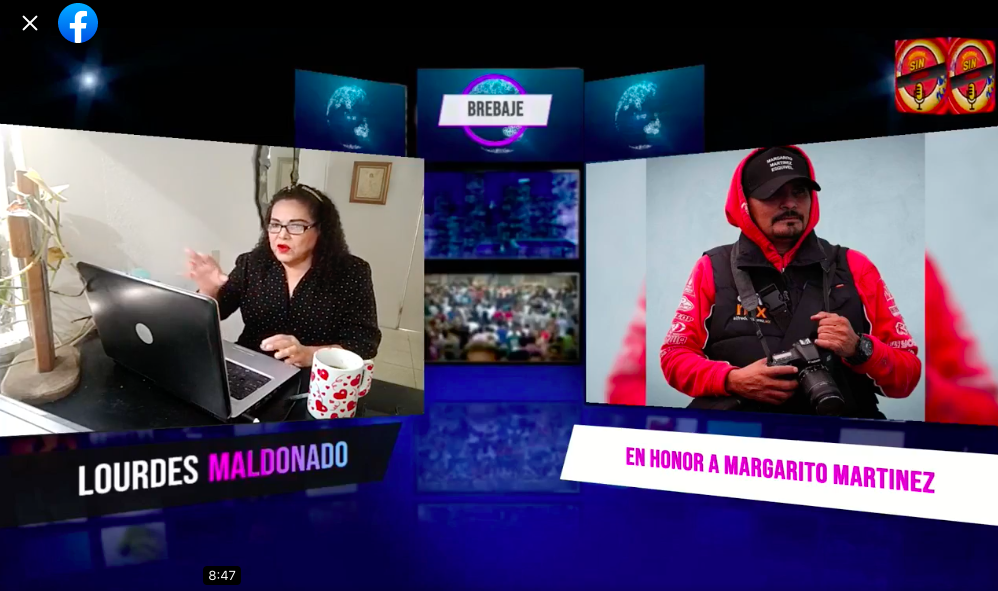 According to a report in the newspaper El País, the journalist repeatedly insisted in his articles that Veracruz had become the gateway for the substance fentanyl to the United States.

On the last day of the month, camera operator and video editor Roberto Toledo completed the sequence of violence, murdered by three men as he was preparing to record an interview.

The director of the news site where he worked gave an emotional statement, recalling that he was under government protection due to threats, but to no avail.

The case of Honduras is another one that shows the vulnerability of independent journalism in small communities and in smaller news outlets, that lack the protection of large media organizations.

Pablo Rivera, murdered on Jan. 9, was a leader of the Lenca indigenous community and ran the local radio station Tenan.

In 2021 the radio had suffered threats, sabotage and theft of equipment to prevent broadcasts.

The organization Article 19 noted that the crime coincided with Radio Tenán's criticism of the administration of municipal mayor Efraín Muñoz.

“The murder of community communicators such as Hernández Rivera has a profound impact on the work of the projects to which they belong, and also sends an intimidating message to their team members, to the point that closing the news outlet is under consideration,” the organization said in an article about the crime. 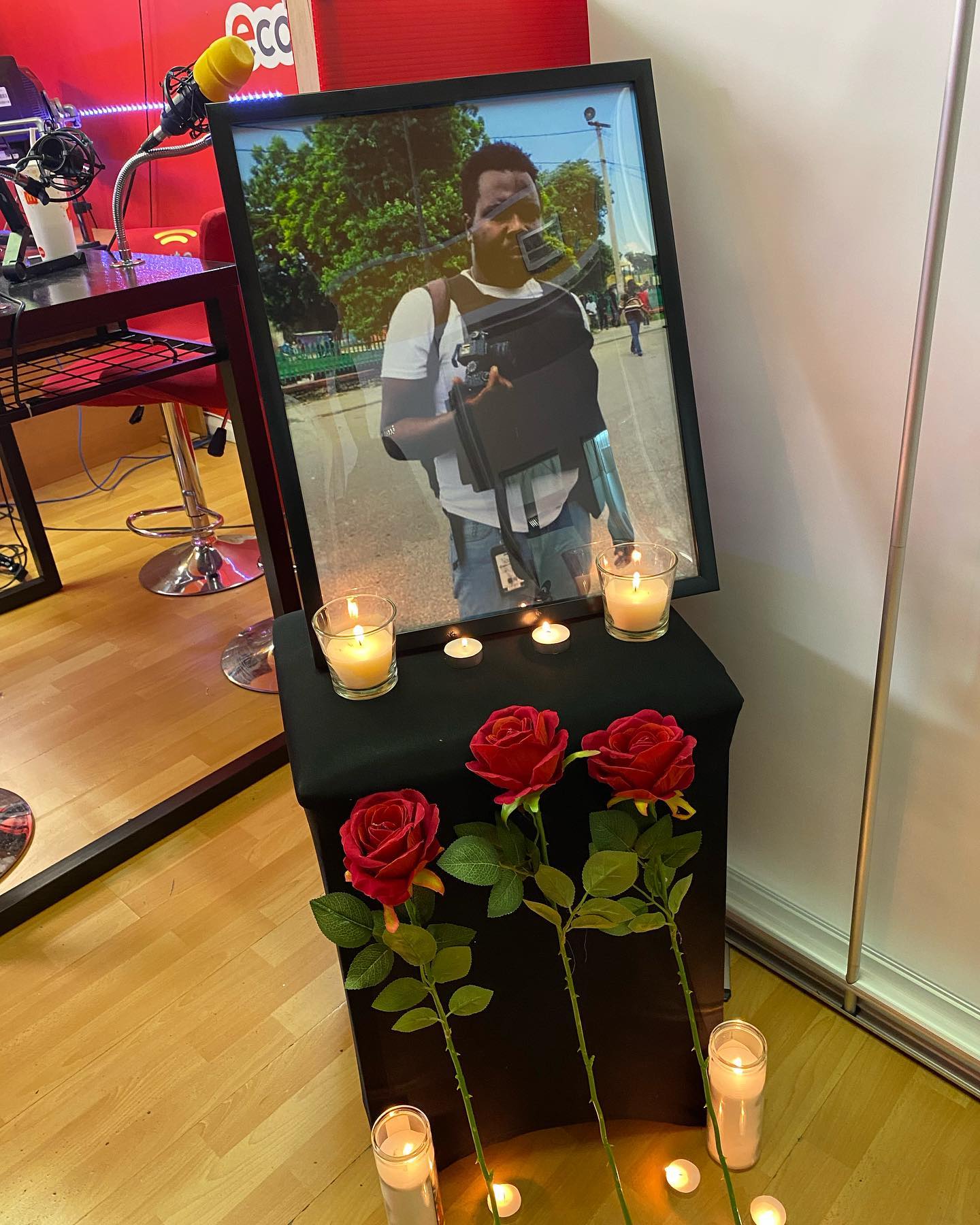 The case of the murder of Brazilian journalist Tim Lopes comes to mind when the story of the brutal crime against Haitians Wilguens Louissaint and Amady John Wesley is known.

On Jan. 6, Loussaint and Wesley were shot [...] while investigating gang clashes in the capital, Port-au-Prince.

Seven months ago, another journalist from Haiti had been killed.

Amady John Wesley, 30, worked for Canadian radio station Écoute FM. The network said the reporter was murdered "savagely" and suspended its coverage in Haiti when faced with the crime.

The other victim, 22-year-old Louissaint, collaborated with various digital media in Port-au-Prince. A third reporter who was at the scene, Wilmann Vil, managed to escape.

The president of the Haitian Online Media Association, Gordson Lebrun, blamed the crime on the Almighty Gangs, and demanded justice.

“Everything indicates that it was a deliberate attack against journalists,” said Carlos Jornet, chairman of the IAPA's Committee on Freedom of the Press and Information.

As has become routine, local journalists associations and global organizations defending freedom of the press have expressed themselves in terms similar to those of the secretary general of the Federation in each new case.

However, the clamor has had no effect.

The lack of punishment is a hallmark of crimes against journalists, as pointed out by a survey released by the Center for the Protection of Journalists to mark the International Day to End Impunity for Crimes Against Journalists.

Over the past decade, those responsible for about eight out of ten murders of journalists worldwide have not received any punishment, CPJ found.

In Mexico, according to the Union of Journalists, 95% of cases go unpunished.