Six media outlets from Brazil, Paraguay, Argentina, Venezuela and Chile will proceed to the second phase of the Velocidad independent media accelerator program. 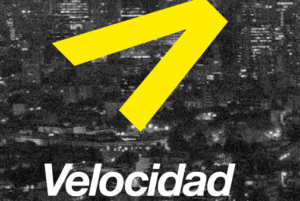 The media selected to receive additional funding and consulting are Ponte Jornalismo of Brazil, El Surti of Paraguay, El Pitazo of Venezuela, Ciper of Chile, and Red/Accion and Posta, both from Argentina.

They will receive $600,000 more in direct investments and more than 2,000 consultation hours.

“Selecting the six news organizations to continue onto the second phase of the program was a difficult process given that all 10 media outlets showed excellent growth and development during the first six months of Phase 1,” said Vanina Berghella, director of the Velocidad Fund, according to a program press release. “Nonetheless, following an exhaustive evaluation process based on our monitoring of their performance in different areas, and their proposal for their path towards greater sustainability, we consider that these six media hold the greatest potential for the accelerator in Phase 2.”

Velocidad, a business media accelerator program that aims to help independent digital media in Latin America to become more financially sustainable, is run by the International Center for Journalists (ICFJ) and SembraMedia, with support from Luminate Group.

“We are very happy and proud of the recognition of the work done and the confidence towards the future,” Diego Dell’ Agostino, co-founder of Posta FM, told LatAm Journalism Review (LJR). “We know that we have a greater responsibility given the new challenges of this stage and we hope again to be up to the task generating positive impacts on the ecosystem together with the support of the entire Velocidad team.”

Posta FM is a five-year-old podcast producer in Argentina that has more than 70 podcasts to its name.

For Chile’s CIPER, created in 2007, Phase 2 also brings a sense of challenge.

The team at Chile’s CIPER (Courtesy)

“The team is very excited and grateful, because we understand it as a recognition that we did things well in the first Velocidad phase and that we took advantage of the opportunity given to us,” Pedro Ramírez, director of CIPER, told LJR. “And we are also with a degree of tension, of ‘nervousness,’ which puts us on alert, because this is, at the same time, a challenge.”

The plan for this site is to double its community of partners, expand funding types and engage the public in sustainability, Ramírez explained.

Sustainability is also the name of the game for Brazil’s Ponte, a nonprofit focused on coverage of human rights issues through themes of state violence, race, gender and culture.

“It is a great opportunity to make Ponte sustainable and thus strengthen journalism committed to the struggle for human rights and democracy, which is so necessary in Brazil today,” Fausto Salvadori Filho, co-founder and editor of Ponte, told LJR about the selection.

And in Venezuela, the next step is not only to focus on business, but to self-reflect on its mission.

“This second phase will be an opportunity to strengthen the processes already started, by improving the payment platform, as well as innovating in the ways of obtaining income for the media outlet, but above all it will allow us to continue thinking about ourselves to respond to our mission of fighting against censorship and bringing information to the poorest sectors,” El Pitazo director César Batiz told LJR. “In this way, El Pitazo will continue to make noise where others are silent.”

The site correspondents in 24 Venezuelan states with an 11-channel multimedia strategy for disseminating information.

The six chosen media outlets were part of an original 10 newsrooms selected for phase one, which lasted six months and included grant support, training and strategic consultation.

As part of phase one, the newsrooms grew revenue by more than $350,000, according to a program press release. The newsrooms launched or grew membership programs, created new sources of revenue, launched new products and created alliances.

For Dell’Agostino of Posta, phase one helped to organize the media organization.

“The process so far has been incredibly positive and eye-opening,” he said. “We were able to establish a series of processes and internal organization that allow us to work more orderly when not only producing content but also planning actions related to sales, budgets and regional expansion. It really transformed us 100 percent by giving us all the necessary tools so that we can grow in all the aspects we need, internal and external, to be a healthy and sustainable organization.”

The first phase was an opportunity for reflection for the team at Brazil’s Ponte.

“The Velocidad process served members to look inside the organization itself and rethink the outlet. We learned how important it is to have people dedicated not only to doing journalism, but to thinking about monetization and relationship with the public,” Salvadori said. “We also learned that Ponte spoke a lot and heard little. We were good at listening to our sources, but not listening to our audience. The Velocidad program made us change all that.”

The journalist said Ponte carried out a reader survey and hired an audience editor, as well as launched a membership program called Tamo Junto. 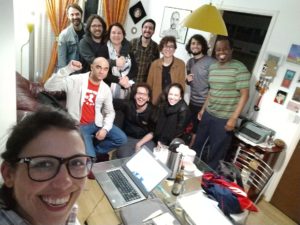 “In two months of the campaign, this program won over 200 members and 140 percent more in funding,” he added. “Members ask questions at live events, point out errors, provide us with insights, suggest stories, have access to reports before everyone else, chat with us on a Whatsapp group. Today the members of Ponte are part of Ponte. And this without prejudice to access to our content, which remains free, free and released to everyone.”

Getting closer to readers and building sustainability were also important pieces of the puzzle for El Pitazo.

“The first phase of Velocidad allowed us to review and organize ourselves internally to build what users can see, the Hazte Aliado (Become an Ally) campaign,” Batiz said. “The impulse of SembraMedia, ICFJ and Luminate, and the important advice of colleague Javier Borrelli, who was our tutor, led us to build a route that brings us closer to our audiences and to the sustainability of the media outlet.”

Prior to entering the Velocidad program, CIPER from Chile focused mainly on quality investigative journalism and less on financial sustainability. Being selected for the accelerator meant advice that encouraged defining needs and objectives for growing members and funding, according to Ramírez.

“Learning with Velocidad has been crucial to improving our communications with members, to presenting our journalistic content in an attractive way on social media and this gain more members, but also in making changes in our internal organization, giving as much priority to the search for economic sustainability as to quality journalism,” Ramírez said. “And the results have been very good. As an example, I can tell you that when we started with Velocidad, we had 1,486 members and in September, when the first phase of the program closed, we had around 3,000.”

The four news organizations not chosen to proceed to Phase 2 of the Velocidad program will still get consulting support and help promoting their work, according to the release.

*This story was updated to include comments from Pedro Ramírez of CIPER.