Salvadoran journalist Julia Gavarrete of the magazine GatoEncerrado reported having her computer stolen after a breakin at her home while she was covering a press conference at Casa Presidencial on Thursday, July 2, the magazine published. 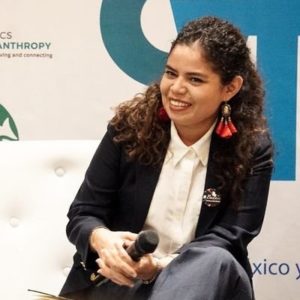 "It might seem like a robbery at first glance of work equipment theft, but I would not like to minimize it or have it be this simple, especially because of the recent work I have been doing for the magazine," Gavarrete said at the press conference July 8 at the José Simeón Central American University (UCA), according to the newspaper La Prensa Gráfica.

Gavarrete reported the theft to the National Civil Police, the newspaper reported. Between May and July, GatoEncerrado said, the journalist published various articles on alleged irregularities committed by the government in handling the pandemic.

According to the legal coordinator of the UCA Human Rights Institute (Idhuca), Arnau Baulenas, what has happened with Gavarrete is no coincidence, GatoEncerrado published. "The clear objective was the computer."

Various nongovernmental organizations have denounced the act against the journalist and have asked for an investigation into the theft, however, the president of that nation has made light of the situation.

President Nayib Bukele stated via Twitter: “While the trial for the massacre of the Jesuits is taking place in Spain, in El Salvador, the UCA gives a press conference accusing the Government of having stolen a laptop. It would seem like a joke, but it is not. ”

According to GatoEncerrado, Baulenas said that there is a monitoring of journalists by the current government, and that this "censors and cancels public contracts" to the media with a critical editorial line.

The Association of Journalists of El Salvador (APES), demanded that the Attorney General of the Republic of El Salvador, Raúl Melara, carry out a "diligent investigation" of the theft of Gavarrete's computer so that it does not go unpunished.

The International Women’s Media Foundation (IWMF) also showed its support for Gavarrete. "We unite in solidarity with the journalist @PetizaGavarrete for the theft of her work items, and we reject any act that compromises her journalistic work and instigates intimidation and acts against freedom of expression."

Since the new administration began, when Bukele took office as President of El Salvador on June 1, 2019, Salvadoran journalists point out that it is increasingly difficult to access official sources and that social networks have become the preferred space of the government to communicate official affairs and respond to criticism.

Previously, APES President Angélica Cárcamo told the Knight Center that since the quarantine began due to the new coronavirus pandemic, her organization has registered an increase in violations of the right to freedom of expression, of the press and of information.