Between 2019 and 2021, these ten media outlets generated a total income of just over US $5 million, which "is more than six times the investment we made," Vanina Berghella, director of Velocidad, told LatAm Journalism Review (LJR). "They did this through improving their funding source strategies and implementing new funding sources." 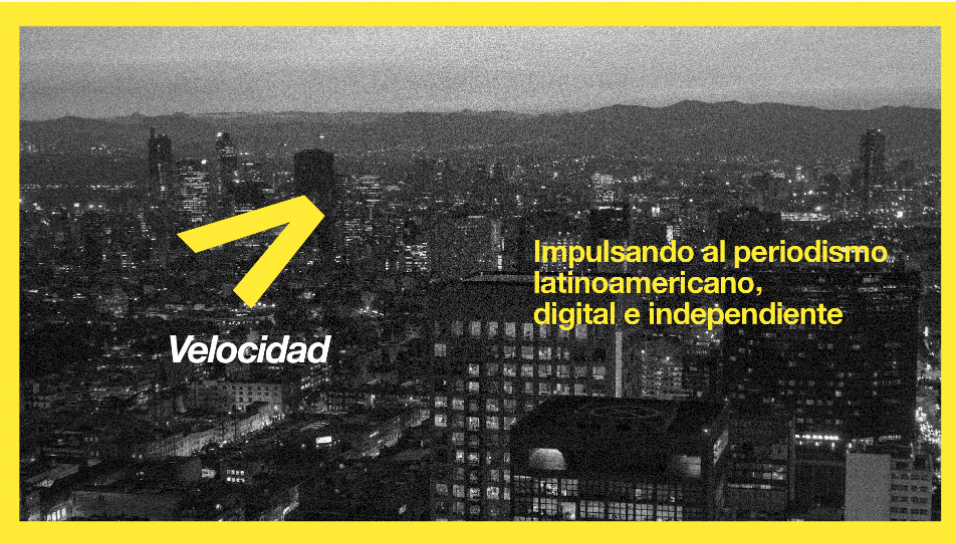 Velocidad is run by  SembraMedia and the International Center for Journalists (ICFJ, with support from Luminate.

Based on what was learned from Velocidad, Berghella said, the four key areas that an independent digital media outlet must work on, in order to grow and evolve in Latin America, are: management and finance, sustainability, audiences, and product vision and culture.

Regarding media management, she said, the news outlet must have a diverse team, people with different skills and profiles, not just in journalism. That way you can have several perspectives and various roles in internal processes, such as someone to take care of finances, human resources, etc.

As for sustainability, which was Velocidad’s main goal, it is essential that the media strengthen finances to keep their accounts in the clear, be able to meet payroll and project expenses, Berghella said.

The third important aspect is the various audiences. “Although journalists and news teams know that this is an important area for the medium to grow, to have more impact, to have greater visibility and [to have] the loyalty of its audience, often there is a disconnect with content production areas,” Berghella said.

Product vision and culture is more closely linked to the digital development of the news outlet, she said.

"You have to strengthen the product vision. So that when they want to consider adding a new service, a new product --such as a newsletter or a messaging service with their audience or whatever--, they can  analyze the decision strategically. They can launch some of these products or services that are linked, either to the monetization area or the content and audience areas, etc., so that they work and flow in a logical, coherent manner, as opposed to a disjointed and loose manner,” Berghella pointed out.

By working to strengthen these four areas and the implementation of strategies, and by adapting them to the needs of each news outlet, program participants were able to find new sources of income. They also made changes in their organizational structure and work processes, made new alliances with other media, found new tools for their daily work, added new journalistic coverage, made changes in their business models, made contact with potential clients and had a different social impact, Lucía Cholakian, communications strategist for Velocidad, told LJR.

Brazilian media outlet Ponte Jornalismo, for example, which started out as a news project founded by members who were active in human rights issues, managed to structure their organization, both in the business and editorial sides, during the months it participated in Velocidad.

Mariel Graupen, the consultant specialized in team and organizational management who accompanied Ponte during the process, worked with them on the organization chart so that there is more clarity about the positions and roles of each team member, according to the portal of Velocidad. As Graupen explained, this allowed them to improve the productivity of the entire team.

In the case of El Surti, from Paraguay, working with Velocidad helped strengthen it as a media outlet, through a reorganization. It put into practice a new business model that offers content to other organizations and media outlets in the region.

"We went from being a Facebook profile that published one .jpg a day, to being an organization that offers news and visual communication services to the entire region," Alejandro Valdez Sanabria, director of El Surti, according to the Velocidad website.

While in Chile, +CIPER addressed its audience using a different approach and thus became a sustainable news organization. About 70% of its income comes from membership contributions, which increased to 80% by the end of the accelerator program.

Challenges and the pandemic

One of the first Velocidad challenges was the selection process. They received applications from 350 news outlets from the region applied for the program, of which only ten were selected. The process was long and had several stages.

The most common problem of the program cohort was the difficulty they had in performing financially, Berghella said. “[But] they were not in the red. Basically, we were looking for the potential of these news outlets to scale financially.”

Once in process, when some saw the need to hire new staff to cover the areas they had to strengthen, they had to virtually interview the people who would join their team.

“For the first time in their lives, they had to hire [staff] without meeting these people face-to-face, … and start working from scratch, online. That is a challenge for anyone,” Berghella said.

And the pandemic brought its own challenges. When Velocidad and the ten selected media were preparing to start the program on March 16, 2020, the World Health Organization (WHO) made the COVID-19 pandemic official throughout the world and many Latin American countries went into quarantine.

In this context, “we had the enormous challenge of following up with the news outlets, our teams of collaborators, consultants, and others. Everyone was working from home, organizing our families or our personal issues, while tending to this new project and new process,” the director of Velocidad said.

The only thing they had to cancel were the trips and face-to-face meetings they had planned for those months. However, they are very proud they were able to run the program, even with a pandemic, without any delays, Berghella said.