The most important stories of 2022, according to the LatAm Journalism Review team

In 2022, LatAm Journalism Review (LJR) published more than 250 feature stories, articles and interviews on press freedom and innovation in journalism in Latin America and the Caribbean. Themes such as the use of artificial intelligence in journalism, the creation of collaborative networks between media and professionals, the importance of diversity in staff and content, as well as the increase in online and physical violence against journalists, among many others, were on our radar.

For our traditional round-up, which highlights the most important stories from the past 12 months, we decided to ask the LJR team. Our reporters selected one story of their own and one produced by a colleague in 2022 that they considered most noteworthy. We also highlighted our most-read stories on the site that address issues relevant to journalism and press freedom in the region.

Carolina de Assis: The feature story I wrote this year that most touched me was "Absence of the State increases risks for journalists in the Amazon region, where British reporter Dom Phillips was murdered." The murders of Phillips and of Bruno Pereira, a Brazilian indigenous activist, in June in the Amazon region where the borders between Brazil, Peru, and Colombia meet shocked the country and the world. They also raised an alarm for journalists who cover the Amazon. The tragedy highlighted how organized crime has diversified its illegal activities in the forest while state forces neglect the area, which has become a minefield for journalists.

The feature story "Mexico finishes 2022 with almost twenty journalists murdered, while colleagues and organizations cry out for justice and an end to impunity," which my colleague César López Linares wrote with University of Texas at Austin journalism student Emily Engelbart, shows how violence against journalists in Mexico unfolded this year. For years, the country has remained at the top of world rankings as one of the most lethal for journalists, and the violence is exacerbated by widespread impunity: less than 1 percent of crimes against journalism professionals in Mexico are solved. The line from López Linares and Engelbart's story that I can't forget was said by Mexican journalist Javier Garza: "Anyone who wants to kill a journalist [in Mexico] can be reasonably certain that they will get away with it because the last person did.”

César López Linares: In terms of innovation, the feature story "Documentary and narrative podcasting offers great opportunities for investigative journalism, experts say" helped me discover the enormous possibilities represented by the narrative-documentary podcast format, which has not been so explored in the news media in Latin America. However, although few in number, this year there were some excellent examples of journalistic investigations that were turned into podcasts with engaging scripts and fascinating sound design. This is the case of "Praia dos Ossos" from Piauí magazine (Brazil) and "No Fue el Fuego" from Agencia Ocote (Guatemala). Both are examples of compelling narrative podcasts in the true crime genre that feature cases that were once news but tell them from new viewpoints and using different rhythms.

In an article part of our 5 Questions series featuring Venezuelan journalist and cyberactivist Luis Carlos Díaz, written by Katherine Pennacchio, I saw the enormous capacity of social media in the defense of freedom of expression and against the repression of critical voices. I had the opportunity to meet Díaz at an event following the article and was able to confirm that his case is that of a courageous journalist who has managed to balance his profession with activism and has found innovative ways to continue denouncing power in his country. 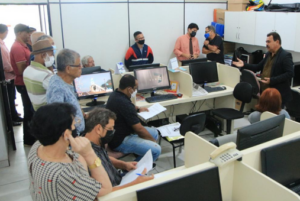 Júlio Lubianco: The article "Journalist cooperatives in Brazil: Managing themselves and staying afloat" allowed me to get to know an alternative and functional model of work for journalists, which is freer and entails sharing editorial control. The article tells the story of two cooperatives, Tribuna Independente and Portal Desacato, which accomplished 15 years of existence in 2022. The news outlets employ more than 200 professionals in total, despite financial limitations. Facing an extremely difficult traditional job market, knowing about the existence, perseverance, and success of alternative models serves as inspiration and motivation for other colleagues.

The interview with Peruvian journalist Gustavo Gorriti by my colleague Paola Nalvarte in February draws attention to the actions of the "concentrated press" against then president Pedro Castillo. In light of Castillo's recent ousting and arrest after his attempt to shut down the Peruvian Congress, it is worth re-reading the interview published in our 5 Questions series. 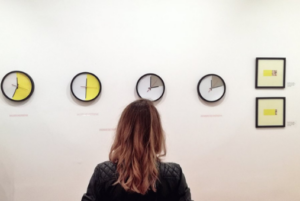 Katherine Pennacchio: One of my favorite stories this year was the one titled "Latin American journalism turns to art to make data-driven stories have a greater impact on the audience." It was interesting for me to learn how media and journalists in the region are seeking creative ways to communicate and connect with their audiences without losing the rigorous and investigative basis that characterizes journalism. It is worth taking a look at the different artistic approaches to storytelling, such as plays, exhibitions, fanzines (thematic publications), creation of visual pieces, immersive projects, etc.

And as for my colleagues’ stories, there are several on my list but I would highlight the interviews in the 5 Questions series. Especially Carolina de Assis’ interview with Mexican journalist Laura Castellanos. I was not familiar with Castellanos' work and I was struck by her approach to journalism from a feminist point of view.

Other top stories from 2022 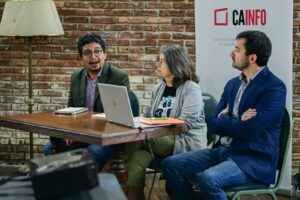 Uruguay has always been a benchmark in terms of freedom of expression. It has no record of journalists being killed, kidnapped or persecuted, unlike in other Latin American countries. However, the eighth monitoring report conducted by the Center for Archives and Access to Public Information (Cainfo, by its Spanish acronym), released in May, recorded 69 threats and restrictions on journalists' freedom of expression between April 2021 and March 2022 in that country. This means a 40% increase from the previous year and an increase in the number of cases for the third consecutive year. 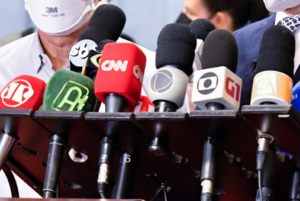 Big tech companies were more united than ever against a bill in Brazil that regulates platforms to fight fake news. The proposal provides for the remuneration of news organizations, but Brazilian journalists are far from reaching a consensus. Trade associations that represent independent digital professionals and news outlets want the removal of an item that requires platforms to pay for journalistic content. One of the main concerns is that the legislation, if approved without establishing specific criteria for remuneration, would only benefit large news outlets. 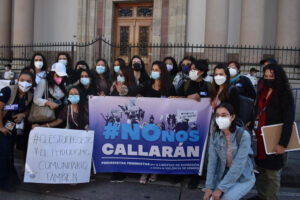 The arrest in late July of José Rubén Zamora — journalist, founder and president of Guatemala's elPeriódico newspaper — drew international attention to the deterioration of press freedom and the right to information in that country. Journalists interviewed by LJR said that the arrest of one of the best-known names in Guatemalan journalism is a serious development in the escalation of attacks against the press critical of President Alejandro Giammattei's administration. 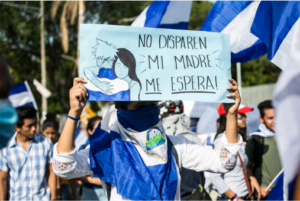 April marked four years since the beginning of the social revolt that served as a pretext for the imposition of an authoritarian government in Nicaragua, led by president Daniel Ortega. Since 2018, more than 120 journalists have gone into exile, at least 20 news outlets have been confiscated, there are no printed newspapers circulating in the country, and six journalists have received sentences ranging from 7 to 13 years in prison, with million-dollar fines. Nevertheless, Nicaragua's independent press continues to fight for its freedom, inside and outside the country. 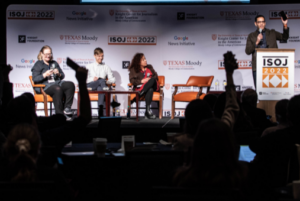 "The future of journalism is immersive, interactive and three-dimensional," said Ray Soto, senior director of emerging technology at Gannett, at the 23rd International Symposium on Online Journalism (ISOJ), held April 1-2 in Austin, Texas. The panelists on "Hype or not, how and when will Web 3.0 (blockchain/NFTs) and the metaverse (AR/VR/XR) impact journalism?" discussed the opportunities that the advancement of such technologies will bring and how these developments will affect the media. They invited the audience to reflect on what the future interface of journalistic content will be once social media and smartphones are a thing of the past.